Review of The Otherside Single by Breaks CO-OP 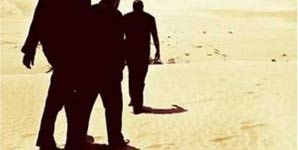 'The Otherside' is the new single to come from Breaks CO-OP. The New Zealand trio have already released this in their native Country, which was a number one airplay hit last year. So what else is it that these guys have? That would be the involvement from the already very busy Zane Lowe. Not only is he one of the founding members, but he still finds the time to play with them! Does that mean that this will be getting a lot of airplay on the Radio One play lists???? It just goes to show that you can take the boy out of the village, but you can't take the Village out of the man. It is nice to see that Zane has not brushed aside his roots.

If you're looking for a chilled out relaxing track, then look no further, for this has a real soul style. A fab acoustic track, that is so mellow that, lets put it this way, I can't see the 'All Blacks' doing the Haka to this, if you get what I am saying.