Brats on the Beat - Ramones for Kids Album Review

Review of Ramones for Kids Album by Brats on the Beat

Brats on the Beat
Album Review 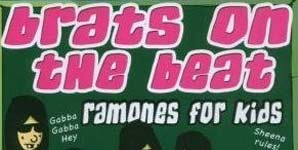 Ready for the concept? Sitting down for this one? OK, so take some classic Ramones tracks, re-record them with some assorted but nameless 'scene' musicians, and have named guest vocalists, Nick Oliveri, Jim Lindberg etc. Then for the twist, add backing vocals from a gang of strange children.

If it was Ramones music played entirely by children, it might be an interesting concept, but as it is, the 'brats' element of this is pointless.

Tribute albums work when it's different bands covering old classics, but this just sounds like bad Ramones karaoke, and to be honest, even if you're the world's biggest fan of 'da brudders', you're going to hate this.