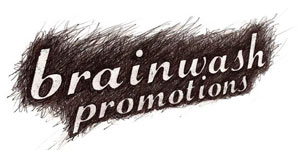 Leeds six, early Sunday afternoon. It looks so peaceful. Hard to think that, in about half an hour's time, the Brainwash festival will be continuing apace.

Brudenell owner Nathan informs me that I am two hours early.

Leeds six, mid Sunday afternoon etc. Still early, but unrepentant party animal and Vessels newbie Peter Wright has made it in to play a set, which invalidates 75% of all excuses for absenteeism. Today, 'Winslow's Melody' almost goes critical mass on poignancy and, as he shares the exploits of his evening with the select gathering, his gentle, sincere delivery takes on a chill-out glow. No edges, no angles, just a lovely, smooth introduction to the day's twisted turns.

And they don't come much twistier than The Pattern Theory. Incredible, impossible jazz rhythms from drummer James Yates (playing, at one point, snare and high-hat with the same hand), babbling guitar lines that doodle and dazzle from Carl Carlson and Lukas Creswell-Rost and. Danny Laycock. In safari shirt and cravat, he looks (and sounds) a bit like a latter day Rod Hull, with a much more amiable beast (bass) on his arm. The music is sublime, he is hilarious; post-rock's first warm-up man.

Over in the Royal Park cellars, things are also beginning to warm up; so much so that Tom from Vessels has taken the only chair in the venue and fallen asleep, only rousing to applaud the band, This Town Needs Guns. Their split EP is fairly intricate and occasionally incendiary, but down here in this sound-absorbing crypt, Tim Collis's guitar is reduced to tiny snickering and Stuart Smith adopts a more ballad-based approach. This is math-emo-tical - a tad disappointing, but at least Tom gets to kip.

Skipping back to the Brude, I catch Held By Hands. With at least six people on stage playing various stringed and keyed instruments (including a miniature accordion wielded by a screaming red-hooded pixie) you can bet that this is going to be grandiose folk rock of a 'shopping precinct incendiary' nature. Quite lively, if derivative, but the highlight is definitely pixie-boy doing a PJ Proby and splitting his trousers. Folk n roll!

My chronological grasp gets a bit slack here. I know I catch a very tender moment between Ellie and Rich of Glissando at the end of 'Flood,' and some serious structure-threatening progcore from The Year Of The Man in the cellar, but by now the schedule has gone to cock and I am having serious trouble keeping up. It is a breath of fresh air then to catch all of Fran's set, belooped and husky as it is; for the most part. Whereas she is mistress of the mid-to-low registers, her voice is showing signs of cracking at the top end in one of her newer songs. Worrying, but apart from that it is a strong, sweet set.

Cellar. Bit of Massive Heron. Andy has a guitar on his lap; someone has given Dave a saxophone. Result: the more monged out bits of the soundtrack from David Cronenberg's 'Naked Lunch.' Needing a bit of air (bug powder will do that to you), I head back to comparatively spacious club for Sheffield's Monkey Swallows The Universe. And am promptly disappointed. True, they may be popular, writing nice gentle folksy stuff with an eye to getting on Wogan's playlist, but it sounds horribly twee here and very. Corrs. A bit Stereolab, but mainly Corrs, especially with the combination of Nat Johnson and Cate Tully looking all whimsy and elvish. Just too nice. I retreat to the cellar where We Vs Death are thrashing out some trumpet infused post-rock, Netherlands style. Paul is utterly convivial amidst the weighty, brassy Mogwai-gone-minimal sound and my spirits lift, buoyed up by the ensuing white noise haze.

I return bearing a buzz and somehow manage to catch most of Paul Marshall and some of Jonquil. Again, chronological issues here, so apologies about the timing inaccuracies. Paul seems to have bagged himself a cellist and quite a crowd. I know I'll be outvoted, but I find that the four-string addition takes some of the edginess out of Paul's performance and, though it is definitely a crowd pleasing set, I miss the jagged bits. Jonquil, however, seem to be all jagged bits. With accordion, shanties and waltzing rhythms. A bit like the end of the Old Greg episode of 'The Mighty Boosh,' but with more instruments. I would catch more, but I'm tipped off that Meet Me In St Louis are kicking off in the cellar, so off I go.

Very glad that I did I am too, because they ace the sound, crank up the guitars and throw caution to the lions. Proving to be the best thing to come out of Guildford. ever, this is mathcore (I love suffixing with -core) between the rock and a hard place. Oli, Lewis and Benny throw their instruments around like cleavers at a 'Hostel' theme fondue as Toby paces angrily up and down, shout-muttering into the microphone and looking for all the world like a cross between King Leonidas and that really scary bloke on Woodhouse Moor who just stands and glowers. Gutsy, nutsy and good for you - like At The Drive In, but here: now.

After thrashing my heart out, it is time to return to the social for Adem, the closing act, almost a mirror image of the opening act. Except that Peter Wright is very blonde and Adem. isn't. After settling once and for all how his name is pronounced (it's Ahh-dem) he begins to play and sing so sweetly that the room is soon filled with comfy-looking individuals sliding between waking and sleeping. Hardly twee, more the musical musical equivalent of a duck-down duvet on a ferocious winter's night. A voice that soars effortlessly while his guitar gently weeps sends us out into the night, happy, restful punters. A long but, in the majority, wholly satisfying day.