Bonemachine - Why Can't We Catch The Liars? Album Review

Review of Why Can't We Catch The Liars? Album by Bonemachine

Bonemachine
Why Can't We Catch The Liars?
Album Review 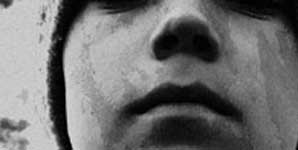 A five piece from Portsmouth, Bonemachine have made their name on the underground dance scene with their brand of 'indietronica'. They describe themselves as "Primal Scream and Depeche Mode meeting in a dark alley and being mugged by Radiohead on crack".

Though it wasn't their most acclaimed album, those who enjoyed The Prodigy's "Always Outnumbered, Never Outgunned" may well find that Bonemachine is music to their ears. For the most part, "Why Can't We Catch The Liars?" is heavy, industrial dance music, injected with occasional thunderous guitars. From the off, "Baise Moi" (French for f**k me) introduces the relentless beats and unforgiving level of bass. It gets taken up a level on the crunching "God Save You (America)", on which vocalist Simon Brookes breaks out the Thom Yorke impression.

The quintet also prove capable of creating different moods, with an eastern flavour emerging from "As Tall As The Highest Statue", due to clever use of a saxophone, and "This Ocean's Angry (Euthanasia)" being a sleazy monster. The best of the collection is "Blown Trenches", which could have emerged from Radiohead's "OK Computer" sessions, and sounds like it should soundtrack a Film Noir. The pinnacle of an impressive second album, Bonemachine could soon find themselves making the crossover to the mainstream.