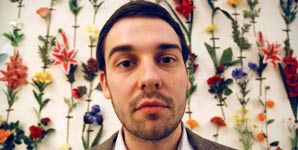 Come one, come all, and feast your ears up on the debut album from newcomer Ben Westbeech. ‘Welcome To The Best Years Of Your Life’ is the first LP release on Gilles Petersons new label Brownswood, so right off the bat you should kinda know what to expect. Lets see what’s up with this Westbeech fellow…

Hailing from Bristol, Mr. Westbeech is a classically trained cellist, pianist, and vocalist. However, that doesn’t denote the way the album goes, as opening track ‘Welcome’ shows us. Opening in a very trip-hop manner, with a sample, and piano-loop, its clear from the word go that this sound has Bristol written all-over it. Vocally…think along the lines of Fat Freddy’s Drop, a soft soulful caress that leaves you wanting more. Onto ‘So Good Today’, which was the first single released on Peterson’s label, and the pace is instantly stepped up. Opening with a soft vocal and guitar loop, more akin to the sound of Brighton’s Tru Thoughts than Bristol, followed shortly by a funky drum-break that is subtly cut and edited for those true music heads looking for something deeper. What surprised me about this album is just how instantly accessible it is, but without sacrificing anything that may keep the more scrupulous listener interested. The album continues to flow, dipping in and out of genres like they were finger-foods at a complimentary buffet, yet despite this; it never gets too messy, and even at times feels quite stripped down. The mood of the album jumps from one to another, but never feels too abrupt, as even the up beat tracks have a mellow feel to them, in much the same way Jamiroquai’s tracks do. Now, as I said before, he’s classically trained in this, that and the other, and there’s evidence of this all over the album, but it’s never the focal point of his music. Each element is just as meticulously crafted as the last, and this makes for a great listen. Despite this, I can’t help but feel this album is a li’l premature, not that there’s anything lacking musically, but more in the sense that this is a real summer album, and somehow Spring just doesn’t do it justice.

Covering more genres than Mojo magazine, this album tips it’s hat to soul, funk, hip-hop, breaks, dub, beatbox, and everything in between. Okay, comparisons…Like I said there’s a definite Jamiroquai and Fat Freddy’s Drop thing goin’ on, also Herbert, more in the production he did for Roisin Murphy, but it’s definitely there. Beat driven, cinematic, sample ridden and soulful, this guys got a good thing happening, try catch this guy on his current UK tour, he’s bringing a band with him, so it’s bound to be a good one.