Belguim's Baloji's stardom is clearly on the rise with the release of his fourth full-length solo album. Fusing a blend of soul, funk, jazz, afro beats, hip-hop and spoken word, Baloji offers up a largely upbeat fourteen tracks. There's a real sense of celebration and carnival to be found on his latest record but there is also tragedy, sorrow, death and the despair of his songs' victims that counters it. Among the Bosa Nova beats, electro tweeks and disco lies a social commentary driven in part by his Congolese heritage. 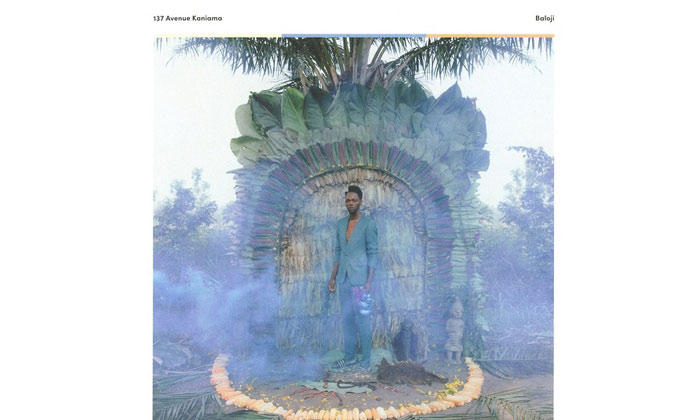 Like many of the tracks to be found on '137 Avenue Kaniama', Baloji's latest album has a split personality. Where he grabs you and pulls you in initially is with his high tempo tracks. The infectious beat of his current single 'Soliel De Volt' is hard to resist. It's certainly brought him to the fore with both airplay and an upcoming slot on the 6Music Recommends stage on The Titanic Slipways of Belfast for the BBC's Biggest Weekend. 'Spotlight' is similarly charged with high energy, dance rhythms and a building, rave inspired backdrop whilst 'L'hiver Indien/Ghetto Mirador is as joyous a sound as you'll find on the record with it's lively, party atmosphere, horns and treble accented guitar notes.

Baloji slows the pace here and there with mixed results. The smooth and sultry 'Ciel D'encre' works as a soulful ballad. The minimal arrangement and soulful vocal come in somewhere close to the confluence of where MC Solar meets James Blake. 'L'art De La Fugue/Le Vide' is less successful. Baloji's voice is warm and tender but as the flute accompaniment drops and the near spoken word ending is exposed the song seems to lose its direction.

The flip side to Baloji's upbeat dance beats and his more soulful tenderness can be found on three tracks that all come in at over nine minutes long. 'La Derniere Pluie)/Inconnu A Cette Adresse is a song in two very different parts, split by the rain of its title, and completing with a narrative accompanied by a barely there, cinematic soundtrack, until the final, more dramatic moments. 'Peau De Chagrin/Bleu De Nuit' is a track clearly filled with despair and tragedy and is described by Baloji himself as "The most honest record I've ever made in my life." Finally, 'Tanganyika', replete with its occasional operatic backing, closes out the album with an epic monologue. These tracks are clearly not aiming at airplay and are definitely album discovery tracks.

You could argue that in a era of ever diminishing attention spans that an album of nearly an hour and twenty minutes long could benefit from a critical edit or that it could possibly have been divided into two albums. There is a lot to go at here, and I'm sure that some of it may be lost in translation but the soundtrack and the vocals provide more than enough quality to make it, largely, work.