Bad Reed is a Canadian band from Toronto. The quartet just dropped their self-titled EP, which is billed as alt rock crossover music. While definitely alt rock, it's the crossover part that is puzzling. That's not to say there isn't any crossover because there is. The songs carry a bluesy reggae influence that must account for the crossover tag. 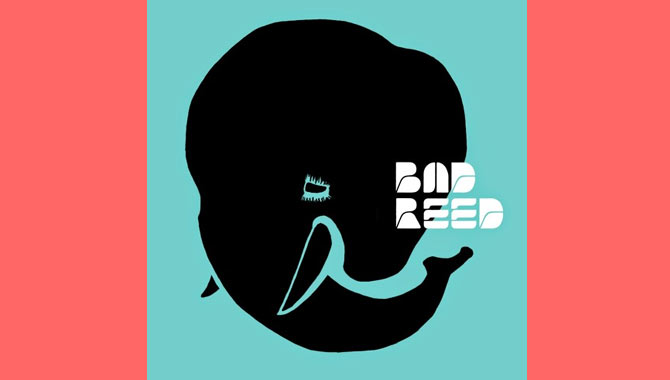 Unfortunately, it doesn't work well. The songs resemble other songs, but you can't quite put your finger on what they resemble. Mars Volta comes immediately to mind, which means it is good stuff; but still, for some reason it lacks something: originality.

The lack of originality is probably the result of meagre songwriting ability. The songs are full of passion and pretty good melodies, but the melodies tend to fall flat about halfway through. Part of the flatness is probably due to the vocals that initially sound interesting, but before long become tedious and repetitious because they are monochromatic. There's no colour, no range. And this results in a kind of dreariness that quickly attains boredom.

Bad Reed contains three tracks. 'Slackjaw Romance' is the best of the three, starting off with guitar, vocals and whistling. The song ramps up a bit when the band joins in and there are some strong guitar riffs tossed in. The vocals carry a sing-song quality that actually works. That being said, the song misses the mark. It's not infectious or contagious. Just slightly interesting.

'Cassava' begins with a heavy guitar that has promise. Instead of escalating, the melody retreats into a pedestrian semi-reggae beat that spirals down into the abyss, along with the vocals.

The third track is 'Punch It'. The title hints that finally we might get some hardcore alt rock. Nope. There's a bluesy vibe to the song that, along with the sluggish melody, causes the song to droop. However, it's not all bad. Excellent guitar riffs populate the second half of the song. Sadly, the vocalist doesn't complement the robust guitar work.

Bad Reed has talent. And no band should ever be criticized for following their muse. In this case, the band's songwriting needs to catch up to their talent. If they can improve their compositional skills, they will more than likely take off.