Review of Care In The Community Album by Babar Luck 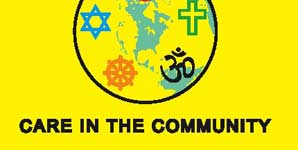 Ex-King Prawn bassist Babar Luck was born and raised in Pakistan before moving to the East End of London at the age of eight. His multi-cultural upbringing is reflected quite predominantly through his music, which takes in any number of styles from traditional Indian khyal to folk and funk induced rock. Citing the likes of Bob Marley, The Clash, James Brown and The Police as his musical influences as well as the visuals of the 1980s hip hop scene's graffiti artists, Luck's ingenuity isn't so much a melting pot, but more of an encyclopaedia.

More's the point, he actually manages to pull it off with some aplomb, as 'Care In The Community' really is a cautionary mix of socially conscious idealism and lyrical observations, no doubt garnered throughout his travels and associations with other musicians and artists, both Western and Eastern. Ably assisted by experienced musicians Lu Edmunds, who counts The Damned, Public Image Ltd and Billy Bragg and the Blokes amongst his previous employers and drummer Mark Roberts, Luck's first solo album oozes with a self-belief and confidence normally associated with household veterans coasting at the top of their game.

Opener 'I Luv', with its' "We believe in one love…" refrain sounds like a regenerated take on Bob Marley's initial message of unity from the late seventies, while 'My Friend Used To Be (A Madaxeman)' is as deceiving both musically and lyrically to what its' title suggests, instead coasting along on a Police-trodden groove detailing Luck's earliest childhood memories.

The title track is the closest Luck comes to his spiritual heir Joe Strummer, insisting "There is no care in the community!" over an Eastern flavoured rock drill-out that sounds like it may have been inspired by 'Sandanista!' or even Strummer's later work with The Mescaleros. 'Movies' on the other hand is the nearest he comes to an archetypical love song, as his desire to make movies with the one he loves conjures up visions of "Bollywood dreams.." amongst other things.

'Kabanee Kaam' meanwhile is a traditional Moslem chant set to an acoustic folk strum, Luck reverting to his adopted tongue to insist "God has no mercy on our wicked soul!" in the chorus. Halfway through, the song changes direction in similar fashion to Rush's 'Spirit Of Radio' or even 'Bohemian Rhapsody', erupting into a fearsome rock epic before finally encapsulating its' original sentiment and returning to the initial "Kabinee Kaam…" chant, making it the stand out track on an album that's full of surprises.

Expect to hear a lot more from Babar Luck in the not too distant future, as 'Care In The Community' is quite possibly the most intriguing, intelligent album you'll hear from a singer/songwriter solo artist all year.