Contrary to popular belief, it's not guitar music that's becoming extinct, it's good old electronic pop music. Nottingham duo April Towers are here to change that and bring this genre back to the forefront. 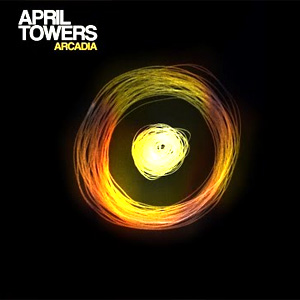 Nottingham are finally starting to push through all the red tape and get the city's music heard. These two have only been together since June 2013; starting April Towers off as a small project, fast forward to now and they are releasing their debut single. Yes, it is one thing to finally release something, but the questions is, is it any good? Will people enjoy it? Well, with the likes of Huw Stephens and Fearne Cotton playing them and giving full support and backing of the band, what do you think?

'Arcadia' is a like someone with many fingers in one pie. There, you can hear influences such as Pet Shop Boys (naturally), White Lies and a touch of New Order as just to name a few, it is just an electronic fusion of celebration.

If that's not enough then listen to the B-side 'Running Blind', because this is something that could quite easily have been released as a single on its own.

If there was ever an exciting prospect to watch, it has to be Charlie Burley and Alex Noble AKA April Towers. Watch this space!