Review of If You're Dreaming Album by Anna Burch

Just over two years since the release of her vibrant debut album 'Quit The Curse', Anna Burch is back with her second full-length album: 'If You're Dreaming'. The Motor City musician, formerly of Failed Flowers and Frontier Ruckus, offers up a sumptuous array of Alt-Folk and jangly pop on her latest solo release. 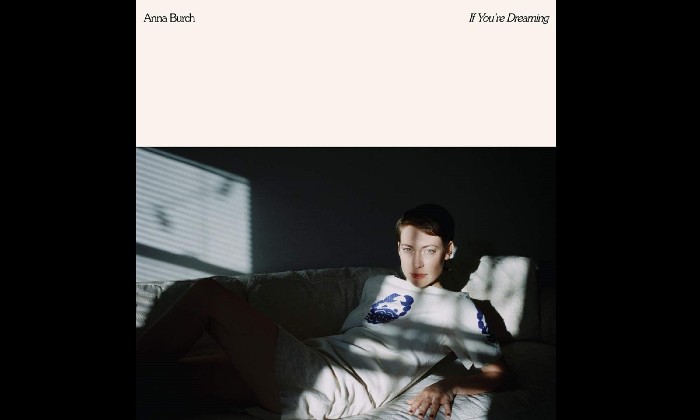 Carrying on where she left off, but with just a little more confidence and polish, Burch puts her seductive vocal front and centre while waves of mesmeric melodies underpin each arrangement. Album opener 'Can't Sleep' is the perfect vehicle to introduce you to Burch's set of twelve new songs. The slowly chugging rhythm and harmonic guitar accompaniment are paired faultlessly with Burch's dreamy vocals as the lullaby unfolds. Her silky smooth voice gets mellower still on the delightfully drowsy 'Jacket'. The brilliantly restrained instrumentation is balanced sublimely to Burch's vocal. The production and arrangement coupled with Anna Burch's hypnotic delivery make this track one of the many album highlights.

The joyous and uplifting jangly pop tunes are still present and Anna Burch remains a master craftsman in her field. 'So I Can See' is as crisp and fresh as they come. A sun-soaked song to remedy any down day whilst former singles 'Not So Bad' and 'Party's Over' could soundtrack many a hazy summer evening. Much of the album, though, presents itself with an even more laidback and relaxed atmosphere. The slow and gentle 'Every Feeling' is so calming you can't help but be pacified and 'Go it Alone' dazzles with an underlying controlled electricity and velveteen serenity that is elevated further by some fabulous slide guitar.

'If You're Dreaming' by Anna Burch is the release from reality you need. A gentle, warm and, in the main, uplifting album full of very agreeable songs.