'Roundhouse 01', Allan Rayman's latest album, about survival, escape and transformation, is the first in a trilogy by the isolationist Torontonian. He's not one for a big splurge, any razzmatazz, meet and greets or even just putting himself out there. Allan's retreat into the relative wilderness of Lost Springs, Pop 4!, to exorcise his all consuming music has given rise to his thirteen track second album. As Allan is not one for self promotion or explanation his music must speak for him. It's quite refreshing actually, like a pre-internet discovery or a mystery you must solve yourself. 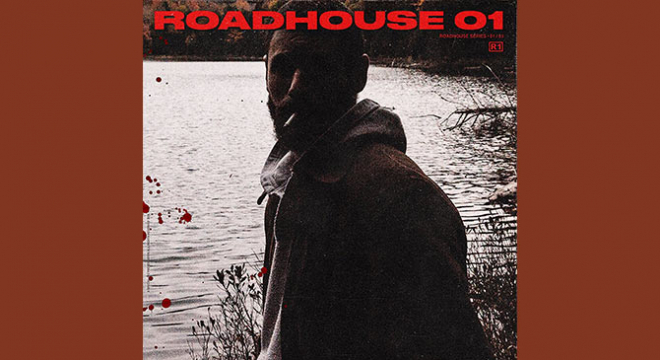 As you may have expected, 'Roundhouse 01' is not a raucous affair, there are no bombastic over blown arrangements or indulgent gratuitous pieces of showmanship. Allan's performance is brooding, intimate, considered and soulful. There is passion hinting at a darker sub-context, a drama that is occasionally allowed to surface and a underlying tension throughout. There is also a feeling that it's all a little unnatural, too deliberate, a little contrived and not entirely organic.

Whilst Allan Rayman remains remote and elusive in himself I'm not sure his music 'speaks' for itself. The mixture of material on the album is to some degree as contrived as his persona. There is no doubting Rayman's vocal talents. His soulful, R&B, relatively raspy but expressive voice is a great conduit for his narrative but the songs generally don't do it justice. 'Roundhouse 01' comes across more as a soundtrack for a film that got shelved than an album developed for its own life. 'Shelby Move' for instance, a song that employs some light Trip-Hop beats, is trying so hard it ends up sounding clichéd. Similarly 'Faust Road'; a performance that ends up as melodrama rather than one of convincing substance.

Rayman's latest album has a lot of ideas, a lot of angles and a lot of threads to it, unfortunately they don't all work. I like experimental, I like artists that are not afraid to try something new and so I applaud Rayman's efforts, he's obviously thought through his latest creation to arrive at the end product. Where it works you can hear the raw potential and the prospects for the future. 'Repeat' for instance, a duet with fellow Canadian Jessie Reyez, is a silky smooth R&B triumph. Allan's deep, smoky vocal paired against that of Reyez works really well. 'Repeat' is like a Jessie Ware song sung by Benjamin Clementine, a great mixture of soulful seduction with a contemporary twist. 'God Is A Woman' and '13' are also a highlights for similar reasons. The retro 80's beat of '13' and the more vocal forward arrangements of both songs gives rise to a less inhibited, less deliberate and less manufactured performance that allows Rayman to open up.

When you're trying to find your niche or even trying to develop a new one there are bound to be hiccups along the way. Rayman clearly has a talent that needs nurturing and developing. He has a great voice and is intent on ploughing his own furrow for now. 'Roundhouse 01', has its moments that point to the next two parts of the trilogy being at the very least interesting.