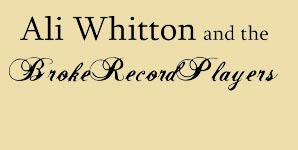 Williams and Whitton are the perfect partners for this 12" split single on Wakefield's fledgling Louder Than Bombs imprint; both deal with the myriad moods of romance in shades of emotionally honest country-tinged melody and these four songs are by turns tender, cynical, touching and bitter, complementing each other to good effect. Their respective bands also share a member; guitarist Tim Corbridge lends his frets to both sides of the vinyl. Williams is the more accessible of the pair; 'That's Not Me' is a sumptious slice of upbeat country-pop, her clever lyrics bemoaning her suitor for a lack of understanding over aimiable railroad-rhythm backing and a delifghtful banjo-led bridge. Meanwhile, 'Song or Souvenir' bristles with a tricksy rhythm and hollow ambient touches, building from far-away beginnings to a strong Nashville ballad chorus. Anyone who is familiar with Williams' work in The Research will be aware of her vocal qualities, and they are showcased to warming effect here, striking a poignant balance between strength and longing.

Whitton's demeanour is more downbeat; the distressed uncertainty to Williams' good-natured resolve. 'Tomorrow Will Be Storms' is a rainy-Sunday hangover of melancholy that swells gracefully from whispered breaths to a pleasant skipping conclusion a minute from home, despite a certain lack of structural progression and an overlong build-up. Sam Stockdale's strident tones give a weight to underpin Whitton's tremulous hangdog demeanour but it's a few steps away from his best work. Conversely 'The Boy Who Lived and Died In Vain' is all-surprising in its flames and fury; a harrowing charge that brings the expanded rock sound presented in recently-released album A Failed Attempt At Something Worth Saying to its natural conclusion of lofi Jim Steinman proportions. It's a gloriously bloody mess of distortion and half-time hammering as the protagonist howls out his hurt, with a loose production enhancing the dangerous sense of a close-to-the edge mental meltdown. The overall effect is genuinely terrifying and the listener can only feel concern for Whitton's psychological state - the sign of a cracking song in other words, and a fitting end to a worthy EP.