Review of 9 To 3 Album by Ajay Mathur

'9 to 3' is the title of Ajay Mathur's latest musical offering.  And it's a doozy.  Mathur, who hails from India but resides in Switzerland, is an experienced and well-traveled musician.  In fact, he's done it all and seen it all.  But it's evident that he still has a zest for life and for performing. 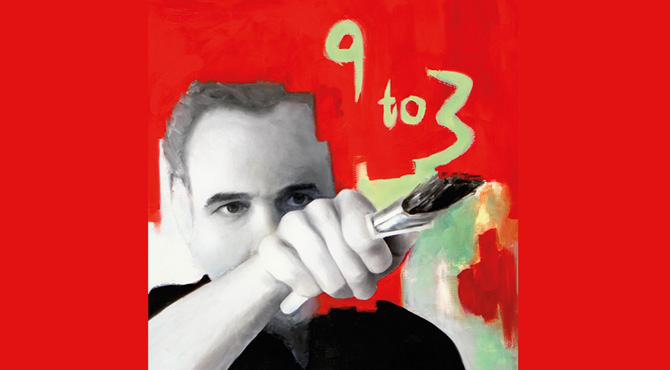 Mathur has strong, smooth voice that sounds very laid-back.  In that sense, he resembles Jimmy Buffett. But that's as far as the comparison goes.  Mathur's voice sounds like something concocted the the dungeon laboratory of some mad scientist, who, just for fun, decided to clone and amalgamate the vocal chords of Buddy Miller and Roy Orbison.  The result was Ajay Mathur.

And like Miller and Orbison, Mathur not only sings well, but he is a heck of a song-writer.  His songs are simple, textured and contain sweet, wonderful melodies.  The lyrics induce mental images, while simultaneously evoking playfulness and mildly humorous self-deprecation.  In other words, Mathur is one of those musician/songwriters who is so talented that he seems nonchalant, almost blasé.

'9 to 3' contains fifteen tracks and, remarkably, none of the tracks resemble the others.  That is, Mathur doesn't have a unique style that he impresses on all his songs, like some musicians and bands do.  For example, Lady Gaga, all her songs sound the same.  Not Mathur; whose songs display various styles and influences.

'Latin Lover' utilizes a pedal steel guitar, maracas and a very leisurely pace, while 'Surfing Girl' sounds like The Talking Heads performing the electronica dance version of a Beach Boys tune, while inhaling helium.  'My World' has a definite David Bowie sensibility to it: steady, thumping beat, chant-like vocals and strong transitions.  A strong choir of children's voices sing in the background as a public address system makes announcements.

'Nothing Really Matters' is the jewel of the album, a song that drawls and stumps along, aided by precise guitar picking, a stumbling melody and Mathur's inimitable voice.

'9 to 3' is like fine dining at a hoity-toity restaurant:  Mathur is the cordon bleu chef plying his craft deep in the kitchen, surrounded by pots and pans and stoves.  The entrée emerges and is conveyed into the dining room, where it is pronounced "delicious."