After coming to prominence by winning a battle of the bands competition in their homeland, Icelandic quartet Agent Fresco brought out their debut full-length release in 2010. This follow-up, 'Destrier', is set to be promoted with a European tour in the final months of this year, including four UK appearances. 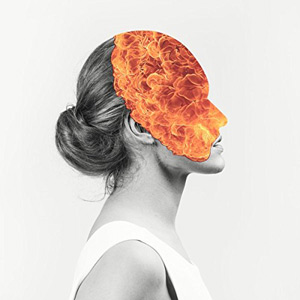 As if wanting to test the interest of their audience's patience, opening your first track with over a minute's worth of reverb-type noise is not an inspired choice. It results in 'Let Them See Us' starting on the back foot and even when it gets going, it is more of a simmering number than something that makes you take notice. Thankfully the crunching metal riffs of 'Dark Water' arrive, creating an intriguing juxtaposition to the choir boy vocals of Amor Dan Arnarson.  It is a combination that can be likened to the work of Evanescence, but there is no obvious desire here to appease commercial markets with pop crossovers.  The title track, which shares the name of the album, is punishing and short, while the piano parts to 'Wait For Me' provide respite from the generally heavy tone. 'The Autumn Red' is a pleasing metal anthem, whilst 'Angst' is a suitably short and dynamic piece. The concluding 'Mono No Aware' clocks in at over seven minutes and characterises the record well; a progressive piece in which tempo changes and soft melodies sit next to crunching guitars. It won't be to everyone's taste, but there is some pleasing material present.