Review of Rock Or Bust Album by AC~DC

The sixteenth studio album of AC/DC's magnificent catalogue heralds a watershed moment for the rock giants, as it is the first without founding member Malcolm Young.  After being involved in the writing process, much-reported health issues have curtailed his activity, so nephew Stevie Young comes on board.  Live dates have yet to be announced, but with an estimated 5 million attending their last world tour, the demand is certainly there for a band that are undoubtedly more than just a heritage act. 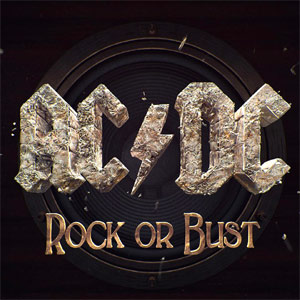 Any concerns that AC/DC's output quality may have been affected by personal issues are dispelled by the end of the first track, which shares the name of the record.  All the hallmarks of the band are present - simple yet catchy riff, stadium-pleasing chorus, allegiance pledged to the rock fraternity.  The formula seems so basic, yet few achieve the quality of this Australian-Geordie outfit, let alone continue it when over 40 years into their career.  'Play Ball' isn't quite as dynamic, but remains infectious, while 'Rock The Blues Away' is a good-time tune that sits comfortably in the catalogue - a description that actually applies in varying degrees to all songs present.  This is because 'Rock Or Bust' is AC/DC doing what AC/DC do best - not that anyone would expect any different - which means if you're a fan it'll tickle your fancy and if you're not then this won't be converting you.  For the initiated, 'Miss Adventure' provides another opportunity to rock out, while if you ever needed titles to give you a clue of what to expect, here we have 'Got Some Rock & Roll Thunder' and 'Rock The House' giving you exactly that.  At under 35 minutes, this is a compact reminder of why this band is held in such high esteem, but inevitably there will be those who put it forward that this is a one-trick pony.  When that trick sells you over 200 million albums, you can carry on doing it for however long you want.