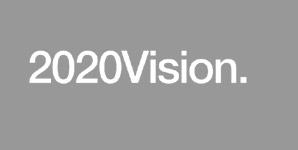 This is a big night for the 2020 Soundsystem playing in Ralph Lawson's home town of Leeds. 2020 Soundsystem have been spending three years to get to this point, after doing some quality gigs, they finally have their new album 'No Order' on release on 2020 Vision Recordings and can showcase it to their local fans. It's a good venue with a big stage and everyone wants to "'ave it" in true Yorkshire style.

The band comes on with 'Hit The Fan' the first track on their new album and the crowd are loving it. It's got the right temperament to strike a chord with the Leeds fans. I reminisce to the days of the Happy Mondays first playing at The Hacienda and tonight kinda' has that feel. 2020 Soundsystem are certainly no Happy Mondays. No they're far too clean cut and polite for that yet I guess seeing a live band play house music with a lot of funk captures a similar kind of progressive music energy of that time. But let's remember this is Leeds not Manchester.
I'm loving seeing Ralph Lawson going for it behind the decks. He's properly moving around that's what we want to see from a live band. The rest of the band seem a little rigid to me however it doesn't matter that much as when they switch into 'What You Get' Fernando pimps it on the bass and the ladies are loving it. They do a great take on 'Electronic Discourse' that is heavy, infectious and laden with dirty electro energy. It works and is very infectious. Dom from The Glass gets on stage now and sings 'Won't Bother Me' and 'No Order' and portrays a Primal Scream kind of swagger. It gives it a bit of cool. Diane Charlemagne really steals the show vocally though. Her soulful and abundant energy on stage with 'High' shows genuine professionalism and enthusiasm that adds a lot of weight to the band. The last four tracks before Charlemagne took the stage were taken from the Live At Sonar disc and certainly created a great atmosphere that was appreciated by the Leeds crowd.

The band plays an encore bringing all the characters on stage. We even get the legendary Dave Beer, pioneer of Back to Basics, on stage playing guitar with Dom singing 'Want To Be Your Dog' by Iggy Pop and The Stooges to really show what a genuine Leeds night we've had. Keep it real!