Who's Bringing The Music For The Olympics Closing Ceremony? 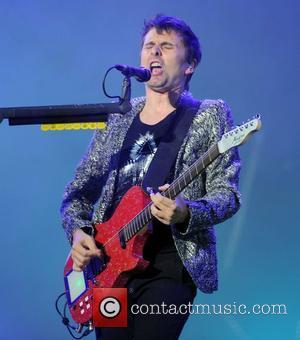 The closing ceremony for the Olympic Games is, sadly, ever nearer to us, with the past two weeks seeing London bathed in sporting excellence and a spirit that's superseded even the most pro-Olympic fans. However, for the performers who will be taking part in the final closedown, their more pressing concern is how they can compete with the truly epic opening ceremony that wowed the world with its mixture of very British humour amidst a truly extravagant show. Music was a key component in the opening ceremony, and that's made more explicit for the closing ceremony. That's right: they're drawing out the big guns.

Although the organisers themselves haven't confirmed anything, news has leaked out through various outlets, including the artists themselves. The Daily Telegraph reports that Muse, who wrote the official song 'Survival' for the games, will be playing at the Olympic closing ceremony, whilst George Michael couldn't wait to get on his Twitter last week and tell everyone that he'd been rehearsing for the event. The tragedy that's affected Gary Barlow recently in losing his baby has highlighted the fact that Take That may be making an appearance, and Ed Sheeran's been making noises about showing up too as have a reformed Spice Girls. Looser rumours include The Rolling Stones, who still haven't done much of note to celebrate 50 years together, and even Kate Bush.

Personally though, we think the good stuff's going to be across in west London where Blur will be playing Hyde Park, supported by the mighty New Order and THE SPECIALS.