The English rock band have announced that their 7th studio album, which is 12-tracks long, will be released this coming June.

English rockers Muse have sent their fans into a frenzy after announcing details surrounding the release of their seventh studio album 'Drones,' as well as several upcoming dates for the band's 'Psycho' tour. 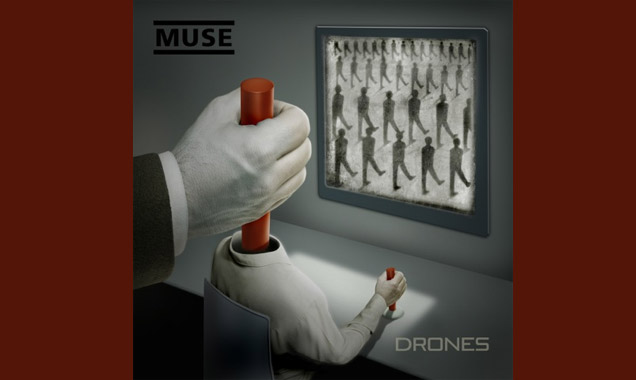 Muse have announced the release date of their upcoming album 'Drones'

Muse's upcoming album, which will be their first full-length since 2012's 'The 2nd Law', is scheduled to be available for purchase from June 8th. Co-produced by the band and Robert John "Mutt" Lange, 'Drones' features 12 new tracks.

The album's first single 'Dead Inside' will be released on the week beginning March 23rd, and the album track 'Psycho' will debut via their YouTube channel on Thursday, March 12th. The song will also be available to download on the same day, following a pre-order of the record.

"To me, 'Drones' are metaphorical psychopaths which enable psychopathic behaviour with no recourse," frontman Matt Bellamy said in a press release. "The world is run by Drones utilizing Drones to turn us all into Drones. This album explores the journey of a human, from their abandonment and loss of hope, to their indoctrination by the system to be a human drone, to their eventual defection from their oppressors."

Between March 15th and 23rd, Muse will play a series of live events at smaller venues throughout the U.K.

Muse will also be playing several shows at smaller U.K. venues throughout March