Muse To Make Next Album In London

All three members of Muse will move to London to make their next album later this year. 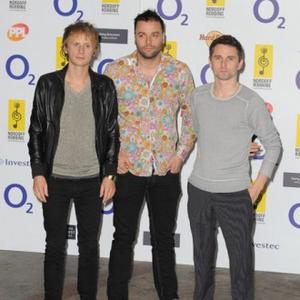 Muse will make their next album in London.

The 'Undisclosed Desires' rockers - Matt Bellamy, Chris Wolstenholme and Dominic Howard - are to regroup in the British capital where they will start work on their sixth album.

"Chris had always lived in Devon, but he's now moved to London so we have all decided to move here because I think it would be great for us all to be in the same city together, living."

The group has previously made records across various studios in the UK, in the US, and their last album 'The Resistance' was recorded in Lake Como Italy, where Matt has a home.

The singer and guitarist - who typically writes all the group's songs - added he thinks living in the same city will help the group Bond.

He added: "It would be nice to be based in the same place so we can go out and so we can make an album together and also socialise together at the same time.

"It also means we can make the album over a longer period of time without having to pressurise it all in to a three week studio session, you can spread it out."

Muse were named Best British Band at this week's NME Awards in London.