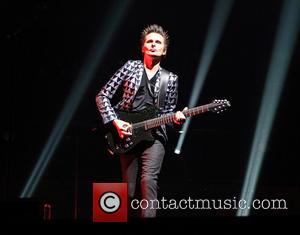 Muse are set to headline the War Child BRIT Awards, two days before the main awards are held, it was announced today. They will be live at the O2 Shepherd's Bush Empire on Monday 18th February 2013.

This year is the charity's 20th Anniversary year, and the gig will mark War Child's Special Recognition Award to be presented at the BRIT Awards. Muse's lead singer, Matt Bellamy said today (Tues Jan 29); "We are proud to have a continuing association with War Child, who have been doing amazing work over the last 20 years. It's great to see their efforts being recognised at this year's BRITs and we are really looking forward to playing this special show for them."

War Child's upcoming award - the first of it's kind celebrates two decades of their proud partnership with the music industry in raising millions of pounds that have helped transform over 800,000 young lives.

Ben Knowles, Director of Fundraising and Music at War Child, says: "This year is a special one for War Child and we're delighted to welcome one of the world's biggest and best live bands play for us to launch our 20th Anniversary year and celebrate our Special Recognition BRIT Award."

The War Child BRIT Awards Concert is a celebration of great live music and the power of music to change people's lives. All ticket proceeds will go to aid War Child's work with children in war zones across the world.

"Music gives War Child an incredible platform to talk about the unacceptable impact that conflict has on innocent children and it helps us engage the support we need to do something about it," Knowles continued. "We are very grateful to Muse for joining us, and to O2 for their ongoing support."

Tickets can be found on Warchild's website, and 100% of your ticket price will go direct to War Child.

Sally Cowdry, Marketing and Consumer Director at O2 said: "This is a very special year for us - it's our 5th year of working with War Child and what better way to recognise this and help them celebrate their 20th anniversary than by announcing such an incredible event?  We are proud to continue to support the fantastic work that they do and to be able to offer our customers Priority Tickets for what will undoubtedly be one of the biggest gigs of the year ".