Muse to fly drones at concerts

Matt Bellamy says Muse plan to fly drones over their fans at their concerts this summer. 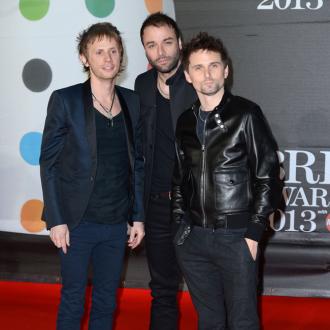 Muse plan to fly drone aircraft over the crowds at their upcoming concerts.

The rock band are releasing their new album 'Drones' in June and the group want to stage an air show for their fans using unmanned aerial vehicle (UAV) in honour of the LP's title.

Speaking about their live plans in an interview with Los Angeles radio station Alt 98.7, Bellamy said: ''We always like to use the modern technology in our shows, the latest video screens or light shows, lasers, whatever is out there. Drones are obviously an interesting thing to try to bring into the live show so we're going to try and do that. There's going to be some difficulty with red tape of health and safety about flying things over, but the general thing idea is that as the tour starts that we'll be using flying objects.''

Bellamy has also discussed the inspiration for the record - which he has previously revealed is a ''modern metaphor for what it is to lose empathy'' - and says it is a ''concept'' album, but different to the LPs Pink Floyd made.

The frontman said: ''Yeah, pretty much (it's a concept album), yeah. But it's not a strict concept in the way that Pink Floyd did it; the songs work in their own right independently, but they gel together based on the concept of drones. The vague narrative follows a kind of protagonist who goes through this journey of losing everything and sort of feeling like being brainwashed, being drawn into the military and becoming a person who feels like they've lost their soul, then eventually coming back and rediscovering it and fighting back against the systems that oppressed them - that journey takes place across the first eight songs of the album and then the ending of the album is a separate epilogue of sorts ... I'm interested in what drones represent from a technological point of view, it's a point in time where these machines are starting to emerge. It's the kind of thing where when we grew up we watched things like 'Terminator 2' and you'd see these kind of things happening in the future but we're kind of there now.''

kick off their tour - which includes a headline slot at Download festival this summer - in May.