The Muse frontman is prepared for anything when the band headline the Pyramid stage tonight (June 24).

Muse frontman Matt Bellamy is preparing for his band to headline Glastonbury’s Pyramid stage tonight, for the third time in their career. Bellamy says the band are ready for anything, including something going wrong on the night, saying Muse has learnt to “embrace the chaos” of huge live gigs. 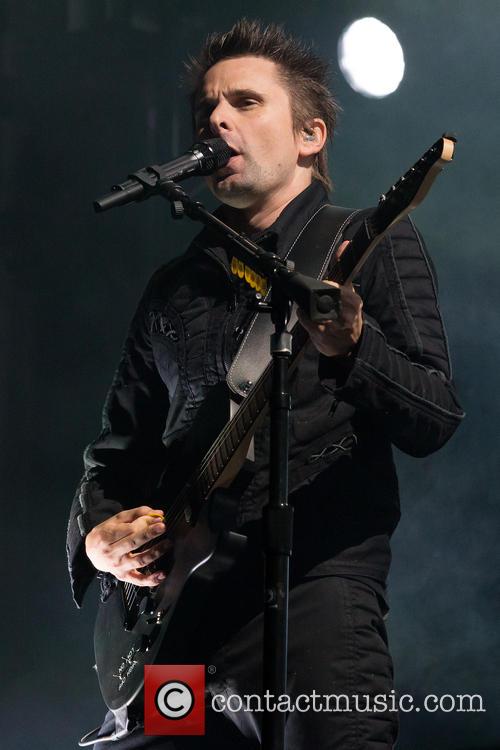 Speaking to The Telegraph, Bellamy said: "Really, the stage is not yours. There are so many components that are unpredictable and out of your control, so there is no one to blame if anything goes wrong, which it will.

"You might as well just focus on the music and the energy of the audience. I would say that has been one of the most character-building elements of life in Muse: learning to embrace the chaos.” The band’s live shows are usually a huge production, something which they’ll be leaving behind to play at the field in Somerset.

More: Glastonbury Gridlock: Festival Goers Have Been Stuck In Traffic All Day

"I'm actually looking forward to stepping away from all this choreographed structure and reminding ourselves that we can pull it off with just our instruments,” Bellamy said. “This band cut its teeth playing 30 or 40 festivals a year.”

This year’s festival also sees Adele headlining on the Saturday night and Coldplay closing festivities on the Sunday. Speaking about fellow headliners Coldplay, Bellamy added: "Coldplay have done an interesting job of really transitioning away from traditional instruments into something almost entirely electronic. We've tried to keep a combination. I think we've been flying the flag for humanity a little bit longer than most.”

More: Muse Invite Adele To Join Them On Glastonbury Stage To Help Calm Her Nerves

"But the term rock star is used very loosely these days. You could carry a laptop rather than a guitar. I like to think the spirit of what rock represents will always be around. It is about people who feel contrary to the cultural norms of the time, and want to rebel against or question whatever system that they are living under.”