The bands are among the latest new announcements for the free event.

Muse and Foo Fighters have been announced as headliners for upcoming free festival Radio 1's Big Weekend in Norwich. Tickets are already sold out but a whole bunch of stellar new acts have been added to the line-ups on all three stages.

Standing in for Radio 1 Breakfast Show host Nick Grimshaw (who was at home vocally challenged), Scott Mills announced the new acts that would join the already confirmed Taylor Swift, Florence + the Machine and Years & Years. Muse and Foo Fighters, both of whom are exceptionally busy over festival season, are expected to headline this year's Weekend edition. They will also re-unite at Pinkpop in June and Belgium's Rock Werchter.

'I'm very excited to play', Muse frontman Matt Bellamy told the BBC. 'The last time we played Big Weekend, for us it was a disaster, so I can't wait to make up for it on this performance. I'm really looking forward to coming back and doing a great show.'

It's not clear why the band considered their 2006 appearance at Big Weekend such a fiasco, but then, it was their first live show in two years. Muse will release a brand new album entitled 'Drones' on June 5th 2015, featuring their newest single 'Dead Inside'. 'I'm pretty sure that we may unveil another new song that we will play for the first time which is pretty exciting', Bellamy added. 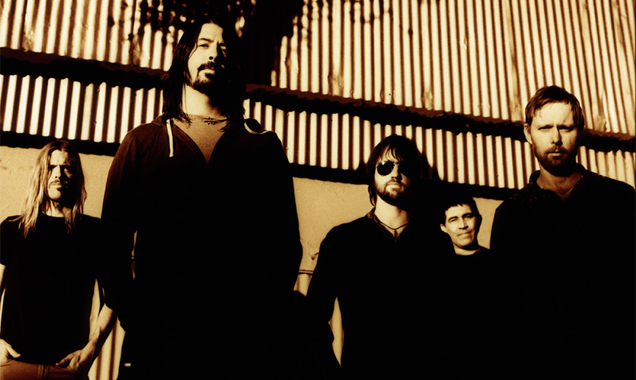 Foo Fighters will join Muse for the free event this Spring

'I'm really excited - I can't wait to come out', Foo Fighters' Dave Grohl said. 'I don't really think we've ever played there before so I'm looking forward to it.' They are currently on their 'Sonic Highways' tour, following the album's release in November 2014.

Other new acts that have been announced are 5 Seconds of Summer, Sam Smith, Snoop Dogg, Fall Out Boy, Hozier, Rita Ora, David Guetta, Charli XCX and Olly Murs, while the full line-up for the BBC Introducing Stage is yet to be announced by Huw Stephens. Tickets for the free event at Earlham Park were bagged in a speedy 40 minutes upon release.

The festival takes place from May 23rd to 24th.