Muse Influenced By U2

Muse's new album, 'The 2nd Law', is influenced by U2 after they went on tour with them in South America last year. 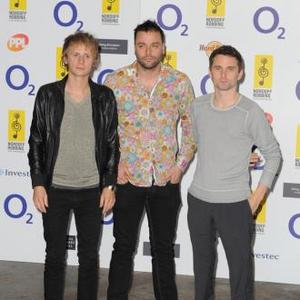 Muse's new album is influenced by U2.

The band supported the 'Elevation' group on their 360° Tour in 2011 and the experience inspired them when it came to recording their new album 'The 2nd Law'.

Frontman Matt Bellamy told Classic Rock magazine: ''We toured with U2 last year in South America. And there's definitely a little bit of influence come on to this album, a little bit of [1991 album] 'Achtung Baby' here and there.''

While they were recording 'The 2nd Law' Matt - who is joined in the group by Chris Wolstenholme and Dominic Howard - tweeted it would be ''a Christian gangsta rap jazz odyssey with some ambient rebellious dubstep,'' and while it was sent in jest, he hasn't ruled out pursuing a rap direction in the future.

He told Classic Rock magazine: ''That tweet I sent was more like a joke. There's definitely no Christian music on this album. Gangsta rap... I think that's the one genre we can never really go near, but you never know. Dom's yet to write a song, so who knows, he may come up with some gangsta rap on the next album.

''It's a very diverse album. And every song has been produced very specifically and differently to whatever is best for the song. I think it's definitely our most diverse album.''