Muse will choose their UK gig setlists with a roulette wheel because they have so many tracks to choose from. 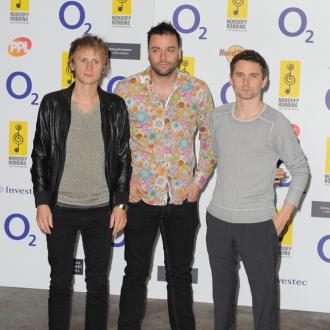 Muse will choose their UK gig setlists with a roulette wheel.

The trio are preparing to go on the road in support of their new album 'The 2nd Law' and admits it will be difficult to choose which tracks from their back catalogue they will play alongside the new material so have come up with a novel way of selecting the songs.

Frontman Matt Bellamy said: ''We're thinking of creating a really cool visual effect which makes the horseshoe setup at the back of the stage look like a roulette wheel.

''We're thinking of having song titles on the roulette wheel, and dropping a ball down so it stops on certain songs. Then we'll play that song. So we can have 'Stockholm' or 'New Born' or something and it'll spin round and choose whichever one.''

While the group are unsure about part of their setlist, they have written one track especially for the show.

Matt explained to NME magazine: ''The opening of the show is great because people will realise the track 'The 2nd Law: Unsustainable' was written to be the opening of the concert. On 'The Resistance Tour' we had a piece of intro music and I started to really like it, so I thought, 'Well let's put the intro music for this tour on the album so people really know it', and that's what that song is.

''So a big robot face will go 'UNSUSTAINABLE' and we'll come out together.''