Muse think they ''can't be defined'' and say their new album 'The 2nd Law' sounds like ''three different bands''. 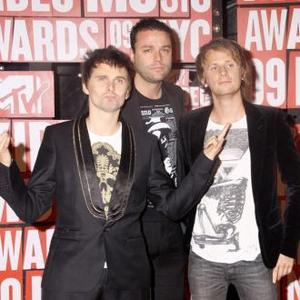 The 'Survival' group are proud of the eclectic nature of their forthcoming new album, 'The 2nd Law', and say the tracks could easily be mistaken for three different bands.

Frontman Matt Bellamy said: ''We are defined by the fact that we can't be defined by anybody. There are electro-pop sounds and songs that are obviously classic rock. Then there are the orchestral things.

''[The album would sound like] three different bands if it wasn't for my voice.''

The band did a lot of work on the album with David Campbell - who has previously arranged and conducted music for Metallica and Beck - and were thrilled with his overdubs.

Matt told Rolling Stone magazine: ''He understood that film-music thing we were looking for. And he found a lot of amazing people.''

Some tracks on the album were inspired by a show Matt watched on economics, when he saw experts discussing the second law of thermo­dynamics.

Madd explained: ''He said, 'The laws of physics say that an economy based on endless growth is unsustainable'. Everyone is obsessed with constant, unchecked growth, and no one is pointing out that we might be maxing out.

'''Survival' tunes into the insanity of that. 'Explorers' looks at The Other Side of the coin, this adventurous spirit we've created that is now in question, because the planet is saying, 'I'm only so big and have this much.' ''