Muse Announce European Stadium Tour; Is A Killers Collaboration On The Cards? 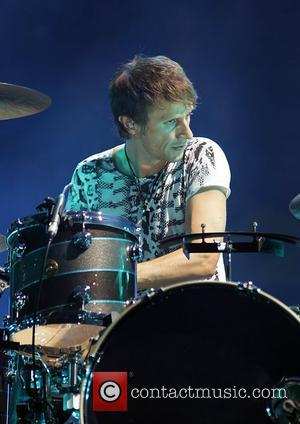 Muse, a band whose live shows are getting so big and ostentatious that we can’t but think they’re compensating for something, have announced another slew of the blighters. The space-rocking, crotch-thrusting, tune-misplacing British group have been doing the rounds of Europe’s arenas this Autumn, whilst they also have trips to Asia and North America lined up at the beginning of the new year.

However, they’ll be back in the corporate domes of Europe come the summer, taking in shows in such salubrious surroundings as the Stade de France in Paris, the Emirates Stadium in London and, err, the Ricoh Arena in Coventry. The band announced the dates on their official website, with the shows taking around a month and a half to complete, starting in their native UK and finishing in Rome’s Stadio Olimpico.

They’re most critically divisive album yet, The 2nd Law nevertheless managed to top the charts in more than 20 countries globally, fully cementing their reputation as one of the world’s biggest rock bands – for better or worse. The Killers certainly think it’s for better; they’re huge fans of Muse and would love to work together. Grief. “We’ve become good friends with Muse” the Las Vegas group’s Brandon Flowers said to The Sun. “We get along so well, so I’d never rule out working together. We would be trying to outdo each other. It would be spectacular, the choruses would be huge.”

Check out our pictures of Muse playing in the UK earlier this month.

Muse Tour Dates In Full (feel free to speculate on why they've kept Glastonbury weekend free - to catch up on their gardening perhaps?):