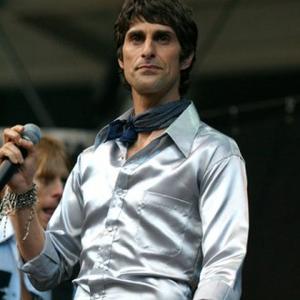 Jane's Addiction's new album will be inspired by Muse and Radiohead.

He told rollingstone.com: "It's a strange mixture of that post-punk goth darkness that Jane's had with what's going on today with groups like Muse and Radiohead.

"As much as I want to appease fans and make old Jane's fans love me, I just can't help myself from moving forward."

The band - who initially split up in 1991, then reunited a number of times, finally coming back together permanently in 2008 - parted ways with the original bassist Eric Avery in 2009, and briefly worked with former Guns 'N' Roses bassist Duff Mckagan, before settling on working with TV On The Radio producer and guitarist Dave Sitek.

Talking about the line up changes, Perry added: "Eric did not want to record. So we took him out of the equation. With Duff, I couldn't really tell you what his problem was. I know he didn't like the idea of electronics at all. That was his complaint.

"The first time we got together with Dave Sitek was in my garage. I played him music and explained to him how I've been working the last few years. He was so for it. He was a proponent of my message and I was a proponent of the way he works, so we just decided to get together. Now he's a real important person on my life."

Jane's Addiction's comeback record is expected to be released some time later this year.