Muse bassist Chris Wolstenholme almost fainted when he sang live for the first time on the group's recent tour because he was so nervous. 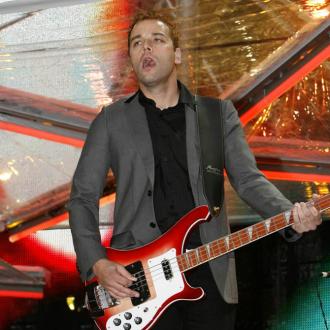 Chris Wolstenholme almost fainted when he sang live for the first time.

The Muse bassist takes over lead vocals from Matt Bellamy on two tracks from the group's latest album 'The 2nd Law' and admits his debut live performance of the songs was a ''disaster'' as he wasn't prepared for how much he would be affected by nerves.

He said: ''Singing live was really, really tough at first. I was pretty gutted after the first show because I wasn't really prepared for the nerves, so as soon as I started singing I felt my legs going and I started wobbling and it was a bit of a disaster.

''I got over it fairly quickly, though, and I'm starting to enjoy it now.''

Chris has previously admitted singing for the band left him feeling ''isolated''.

He said: ''It was weird because it's something I've never experienced before, and when you're singing you feel really detached from the other guys. I wasn't ready for that.

''Your sixth album, when you're 33, is a weird time to decide you suddenly want to be a singer.''