By Christopher Null
Extraordinary
I think of it as a Streetcar Named Desire for the con man. 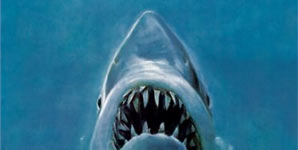