Mumford & Sons Celebrated Their Headline Set At The U.k.'S Reading Festival By Announcing They Are To Head Out On Tour In The U.k. And Ireland. 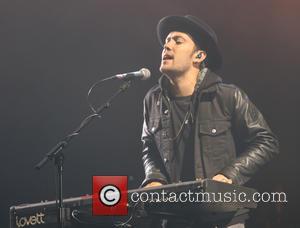 The folk rockers took to the stage on Friday (28Aug15), and wowed the crowds with fireworks, crowd-surfing and a guest appearance from Noah & The Whale's Tom Hobden, who played violin during an acoustic version of Ghosts That We Knew.

Frontman Marcus Mumford told the crowd after their opening number Snake Eyes, "It's f**king good to be back at Reading, we came here for a party," before later confirming the band will be hitting the road later this year (15).