Mumford And Sons Not Keen On Indian Return After Disastrous Gig 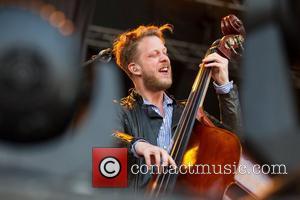 Mumford And Sons won't be returning to play Indian dates any time soon, not after their disastrous time in Calcutta, anyway, reports MSN Entertainment.

The west London quartet, known for their incredibly catchy pop-folk tunes, didn't have the best of time in South Asia last time they were there: "The time we went to India... It wasn't really our fault. The infrastructure just wasn't there for touring. One night in Calcutta a woman was shouting at us to go home." Now that's not very nice is it! But the band are willing to learn from their mistakes, explains bassist Ted Dwane. "Your first album is always a learning process. You're scared to miss things and feel you have to play as many places as you can but we had some awful shows that we won't want to repeat...In Hyderabad, we had to resort to being a trip-hop band as we couldn't hire any instruments we needed. Ben was there with a little Casio keyboard like the one kids play on. It was literally toy instruments. Only 15 people turned up - and they were all English anyway."

Now that Mumford have been through the worst of it, they'll be able to tailor their live tour to avoid any awkward gigs. Their new album Babel is released on 24 September on Gentlemen of the Road/ Island Records.