The band's fourth album will be released on November 16th, with first single 'Guiding Light' out now.

Mumford & Sons have announced details of a new studio album, to be titled Delta, dropping its first single ‘Guiding Light’ at the same time.

The group’s fourth LP will come out on November 16th, via Glassnote Records and their own imprint Gentlemen of the Road. Delta was produced at Church Studios in London with the help of producer Paul Epworth – previously responsible for albums by the likes of Adele and Bloc Party – and is described as “a record of differing shades, colours and textures.”

Delta’s lead-off single ‘Guiding Light’ also made its premiere on BBC Radio 1 on Thursday night (September 20th), named ‘Hottest Record’ by the station and described as “a dizzying folk-rock song that builds, builds, explodes and then explodes again.” 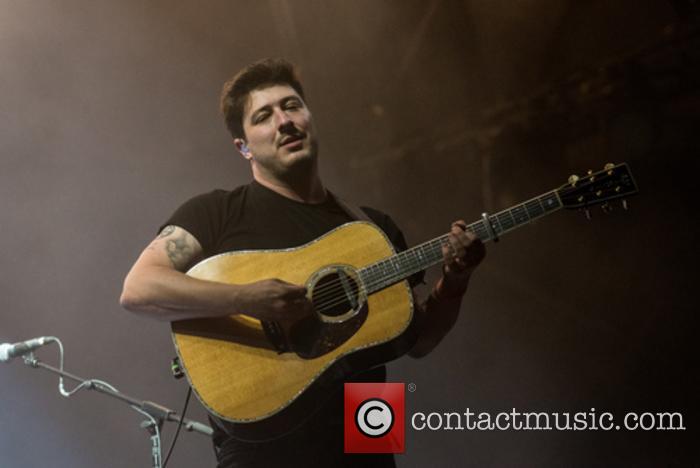 Speaking to DJ Annie Mac, the band’s lead singer Marcus Mumford said: “It was a bit of a beast to try and get on record. It was hard work. We kind of tried it in loads of different ways… this one took a while. We wrote it like a year ago, but it’s taken a while to just get it to that point and now we’re happy with it.”

Details of a 60-date world tour to promote the new record will be announced in November.

Arriving almost ten years after the band formed, Delta is said to “draw on the shared experience of being on and off the road” and is described as “a moving collection of songs perhaps more intimate and expansive, both lyrically and musically, than ever before.”

Their last record, Wilder Mind, was released nearly three and a half years ago and saw the band ditch the acoustic instruments that had defined their folk-stadium rock sound and go more for electric guitars, synths and leather jackets.

However, lead guitarist Winston Marshall told Annie Mac that, during recording, “we kind of fell back in love with the old instruments we didn’t play on Wilder Mind, like the acoustic stuff and the more folky instruments, but [we were] conscious [about] how we can make these instruments sound not like these instruments which opened up a whole new world for us…”