Twitter Reacts to Mumford and Sons Headlining Leeds and Reading 2015

Mumford And Sons will headline Leeds and Reading.

Mumford And Sons have been announced as the headliners for this year's Leeds and Reading Festivals and will share the Main Stage with U.S rockers Metallica. The British band, who have enjoyed huge success across the Atlantic, previously appeared at the festivals in 2010 when they performed on the NME/BBC Radio 1 Stage. 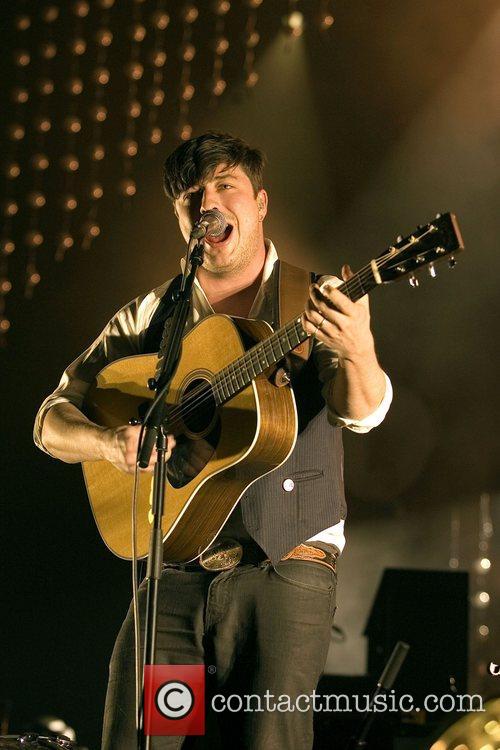 Marcus Mumford will be hitting the Leeds & Festival festivals this summer

After a brief hiatus, the shows will be Mumford and Son's first UK performances in over two years though they'll make their live comeback at the Bonnaroo festival in Manchester, Tennessee in June alongside Billy Joel and Kendrick Lamar. The group headlined the Glastonbury Festival in 2013.

Festival managed Melvin Benn said he was "delighted" to have secured the band for the festival and "can't wait to see them return to the festivals for their first UK performance in over two years".

"The Reading & Leeds line-up is already shaping up to be one of the best ever and I'm looking forward to revealing the third headliner and even more great artists soon," he added.

Elsewhere on the Reading and Leeds bill is the Brighton duo Royal Blood, Rebel Sound featuring Chase & Status, Wolf Alice and Deadmau5. They join the previously announced Metallica - whose headline spot is a UK Festival Exclusive - Jamie T, Pierce the Veil, Wilkinson, Run the Jewels, Refused and the Manchester Orchestra.

The 2014 Leeds and Reading Festivals were headlined by Arctic Monkeys, Blink-182 and Queens of the Stone Age.

"Mumford & Sons and Metallica.So reading and leeds are going for the classic metal lover who also indulges in a bit of folk?" said one user on Twitter.

"Mumford and Sons HEADLINING Reading & Leeds is the biggest joke since the last really funny thing I heard" said another.

"When you think you're getting Libertines at Leeds Festival but you get Mumford and Sons," said another disappointed fan.