The four-piece are the second act to be confirmed for the Hyde Park festival series next year, after Take That.

Mumford & Sons have added another major engagement to their increasingly busy schedule for 2016, confirmed a headline gig at the British Summer Time festival in London’s Hyde Park in July.

The four-piece group, who departed from their trademark folk sound to pursue a more traditional indie rock style on their third album Wilder Mind, released back in May this year, will be supported by American retro rock act Alabama Shakes and British indie newcomers Wolf Alice at the massive outdoor event on July 8th, 2016. 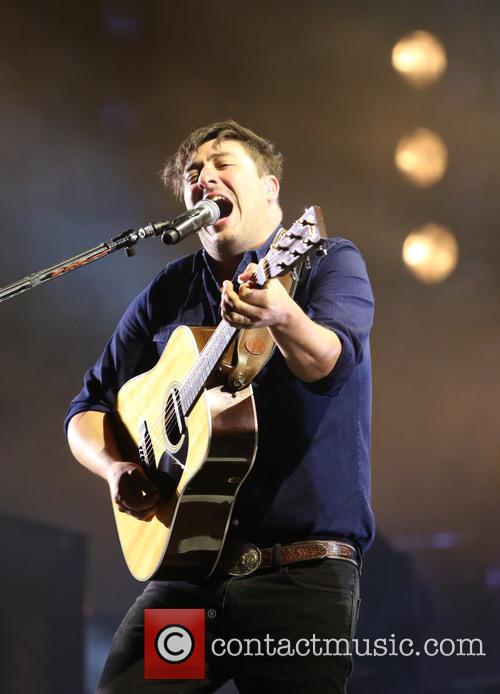 The band took to their website to express their delight at the booking, saying that it symbolised: “sacrificing hopes and dreams at the altar of Neil Young; being transported to another dimension by The National; supporting Arcade Fire (the best band in the world); playing alongside our mates The Vaccines; accidentally seeing Black Eyed Peas; wishing we were at Kylie. What a place.”

Speaking to NME on Friday (November 20th), the group’s bassist Ted Dwane said that the group had played Hyde Park but had not yet headlined it, and that it was their only festival they had booked for 2016. "It’s certainly the only thing we’re planning right now. I think, to do a big one like that, you do want to focus not only everyone’s attention on it, but our own as well.”

Winston Marshall, the group’s guitarist, also hinted that they might have some new material to play from a prospective fourth album. “I think now we’re at this point where the old songs and the new songs are f****** great together and now we’re looking to write new songs and write new records.”

It’s the Mumfords’ first outdoor event confirmed in the UK for next year, after they headlined the Reading and Leeds festivals in August 2015. They’re heading out on a tour of the United Kingdom later this month, kicking off at Nottingham’s Capital FM Arena on November 28th and ending in Glasgow on December 14th.

The quartet are the second act to be confirmed for the British Summer Time series of festivals for 2016, with Take That being unveiled ten days ago.