Ted Dwayne, the bass player with huge-selling British folk-rockers Mumford & Sons, has been hospitalized with a blood clot on the brain. The band issued a statement on its website, saying, "Our friend and bandmate Ted has been feeling unwell for a few days, and yesterday he was taken to a hospital to receive emergency treatment."

"The scans revealed a blood clot on the surface of his brain that requires an operation.  Ted is receiving excellent care and we are being assured that he will recover quickly from surgery," added the statement. Mumford And Sons says it will postpone its next three shows and reschedule "as soon as we can." The shows affected are Dallas, Woodlands and New Orleans. The band adds, "We're all wishing Ted a speedy recovery.We have no plans to cancel or postpone any other appearances along this current tour. We're all wishing Ted a speedy recovery."

Mumford & Songs are set to headline the Glastonbury Festival later this month, alongside Arctic Monkeys and The Rolling Stones. Ted Dwayne, who also provides backing vocals as well as drums and guitar on some tracks, is a founding member of the band which emerged out of the West London with the likes of Laura Marling and Noah and the Whale. After two selling albums they have risen to become one of the biggest bands in the world.

Watch Mumford & Sons Playing Lover Of The Light On Letterman: 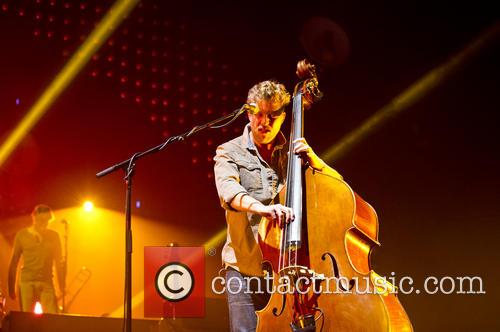 Ted Dwayne Playing The Double Bass With Mumford and Sons 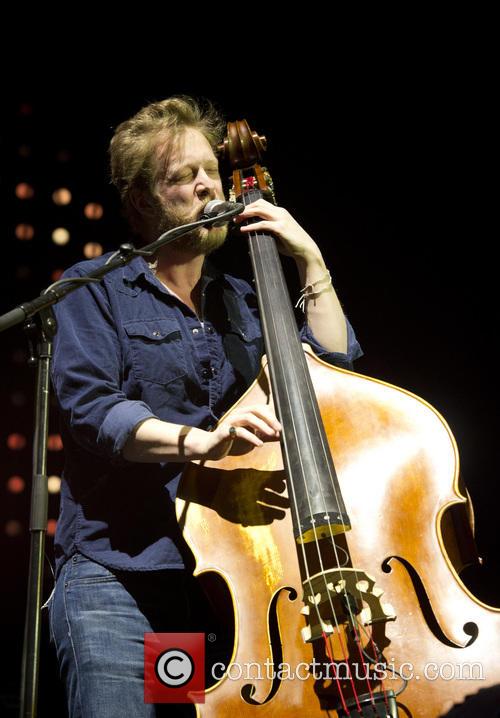 Ted Dwayne Rocking Out With Mumford And Sons In Amsterdam