Muhammad Ali (Born Cassius Marcellus Clay, Jr., January 17, 1942) Muhammad Ali is a retired American boxer and considered one of the greatest of all time at the sport.

Net worth: Muhammad Ali's net worth is $50 million according to Celebrity Net Worth.

Childhood: Muhammad Ali was born in Louisville, Kentucky. His parents were Cassius Marcellus Clay, Sr and Odessa Grady Clay, the latter of whom brought Ali up as Baptist. Ali was introduced to boxing by Joe E. Martin, who told him at 12years old that he should learn to box after hearing him fuming about having his bike stolen.

Boxing Career: Muhammad Ali first professional fight was in 1960, winning after six rounds in a match against Tunney Hunsaker. By the end of 1963, Ali created a record of 19-0, 15 wins by knockout. He defeated boxers including his former trainer and established boxer Archie Moore in 1962. In 1964, he fought the formidable Sonny Liston for his heavyweight title. Prior to the match, Ali taunted Liston relentlessly, causing him to enter into the fight with anger. Ali won the match on the seventh round bell after Liston quit, despite the fact that Ali experience temporary blindness possibly caused by an ointment on Liston's gloves.

Ali later won their 1965 rematch with the fight lasting less than two minutes after Ali won by K.O. Ali maintained his title until March 1967 when he refused to be drafted to Army. His boxing license was suspended and he was sentenced to five years in prison and a $10,000 fine for draft evasion. He was freed on bond, however, and subsequently did not serve time in jail.

Ali's first fight after regaining his license was in 1970 with Jerry Quarry which he won after three rounds. The following year, he suffered his first professional defeat by heavyweight champion Joe Frazier, a fight that was nicknamed the 'Fight Of The Century'. Ali did eventually defeat Frazier and reclaimed his title as heavyweight champion in 1975. In an incredibly close match that left Ali exhausted and Frazier's eyes swollen, Frazier lost after 14 rounds and Ali later praised Frazier's efforts.

Ali fought Ken Norton for the third time in 1976. Ali won by a heavily contested decision, resulting in Ali being booed by the fight's spectators. As a reaction to this, Ali announced a brief retirement to focus on his religion. In 1978, Ali had a match with Leon Spinks at the Hilton Hotel in Las Vegas. Ali was out of shape for the fight and lost the title by unanimous decision. Ali won in a rematch, making him the first heavyweight champion to win the belt three times.

Shortly after his win, Ali announced his retirement from boxing, however this retirement did not last long as he returned to the sport to face Larry Holmes in an attempt to becoming heavyweight champion for the fourth time. Ali's need for money was what propelled him to fight. Ali soon began to struggle with vocal stutters and trembling hands, putting him at a disadvantage in fights. Ali fought one last time on December 11, 1981 in Nassau against Trevor Berbick, losing after ten rounds.

Personal Life: Muhammad Ali was diagnosed with Parkinson's syndrome in 1984 which has got progressively worse throughout his life. Between 1964 and 1966 he was married to cocktail waitress Sonji Roi. The pair divorced over her objections to some Muslim traditions.

In 1967, he married Belinda Boyd with whom he had four children: Maryum, Jamillah, Rasheda and Muhammad Ali, Jr. By 1977, he had married Veronica Porsche with whom he was having an affair. They had two children: Hana and Laila. In 1986, he married current wife Yolanda Williams. He has two daughters from other relationships named Miya and Khaliah. Ali converted to Sunni Islam in 1975.

By Charlotte Court in Lifestyle / Showbiz on 07 June 2016

Continue reading: Will Smith And Lennox Lewis To Be Pallbearers At Muhammad Ali's Funeral

Ali sadly passed away late on Friday evening at a hospital in Phoenix, Arizona, his family confirmed.

Tributes are pouring in for legendary boxer Muhammad Ali who has died aged 74. The three-time heavyweight champion, who was widely regarded as the greatest of all time, died on Friday evening (June 3rd) a day after being hospitalised for respiratory problems.

Continue reading: Tributes Pour In For The Legendary Muhammad Ali Who Has Died Aged 74

I Am Ali Review

Packed with never-released material, this documentary tells the life story of Muhammad Ali from angles we haven't seen before, even as it has a tendency to drift into hero worship. But filmmaker Clare Lewins assembles the material with style and personality, mixing home movies and previously unheard recordings with firsthand interviews with the people who know Ali best. Oddly, many of them speak in the past tense, which makes the film feel like a eulogy for a man who's still alive.

Watch any clip of Ali and it's clear that this man is a force of nature. In his heyday, his charisma was legendary, infusing new life into the boxing world when he emerged as Cassius Clay and was banned from boxing for refusing to participate in the Viet Nam draft. A lifelong activist, Ali has never compromised his principles, being true to himself while sticking up for those around him. He also broke rules by talking directly to the world through the media's cameras, chanting at and dancing around his competitors. But the film's most intriguing aspect is its depiction of him as a doting father who has always had time for his kids. At 72, he lives in Arizona with his wife, and is seriously ill with Parkinson's.

Everyone on-screen has been caught up in Ali's magic, with one noting that looking into his eyes is like seeing God. These kind of comments are a bit too intent on creating a legend while skipping over some of the grittier details of his life. Yes, Lewins seems to get caught up in the mythology as well. The film only briefly touches on his four marriages and children from extra-marital affairs, but it does spend some time exploring his more shocking public comments. Although even these are recalled through the prism of time, offering explanations and even redemption.

Continue reading: I Am Ali Review

'I Am Ali' is a documentary about the life of the boxing champion Muhammad Ali, as much as it is also a documentary about the people who were inspired and motivated by his image, or through meeting him. The documentary is told, in part, through never before heard audio journals from the boxing legend and human rights activist. Through his huge heavy weight career, as well as his racial justice and religious freedom avocation, Ali became a hero to many people. The film is set to be the third documentary about Ali, although with this new, more personal insight into the man behind the gloves, to could yet prove to be the greatest.

Continue: I Am Ali Trailer

Michael Parkinson is using his celebrity to help other men with health issues.

Michael Parkinson's cancer specialist has assured him he will not die of the prostate cancer he was diagnosed with in May. The legendary chat show host, 78, is expected to be given the all-clear within weeks after spotting the cancer early. "I had to start calling a few of my social engagements to tell them I couldn't do it - what do you say to them?" he said, "When you are told you have something like cancer, it is a shock."

Nevertheless, Parkinson is remaining optimistic and says his specialist assures him the cancer is confined to his prostate, "The cancer specialist said: 'I will assure you, you will not die of this.' I am concerned about it, of course, but I am not frightened of it" adding, "I shall be around for a while yet, to the delight of my friends and the dismay of my enemies."

More than 40,000 men in the UK are diagnosed with prostate cancer and around 250,000 are currently living with the disease. Common symptoms include frequent trips to the toilet though reduce flow of urine. Sir Michael has been outspoken on the need for men to pay attention to their health in a bid to catch diseases early. He said: "The test is if you can pee against a wall from 2ft, you haven't got it..I don't want to trivialise it, but men know when there's a problem. I have been lucky, but men are silly about their health.Get it checked out - it might be something else."

Continue reading: Michael Parkinson's Doctor: "I Assure You, You Will Not Die Of This"

Channel 4, a major UK television channel, will show Islamic services on air and issue the call to prayer, the adhan, during Ramadan. The executives hope viewers who associated Islam with extremism will re-think their position.

Channel 4 will deliberately 'provoke viewers' by sounding a live call to prayer over the Ramadan period (which begins on Tuesday 9th July). They hope it will educate bigoted viewers who associate Islam with terrorism. A spokesperson for the Muslim Council said the organisation is grateful to Channel 4 for providing an opportunity to "portray a more realistic account of Islam and Muslims". The spokesperson went on to say this consideration is "symbolic for belonging and solidarity". 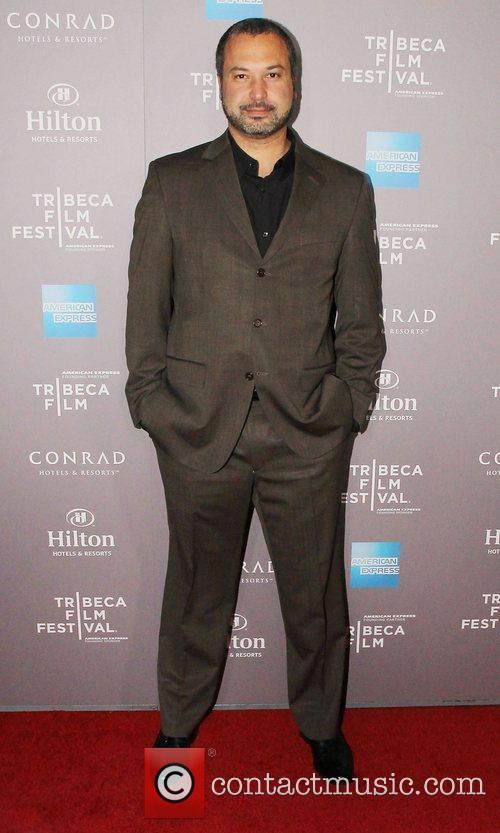 In doing so Channel 4 has opened itself up to criticism by other religious and secular groups. They have been warned to keep their coverage in check. However, it has been pointed out by secular groups that the BBC covers a large number of Christian ceremonies and occasions. Less than 60% of the population are Christians (according to the 2011 Census). 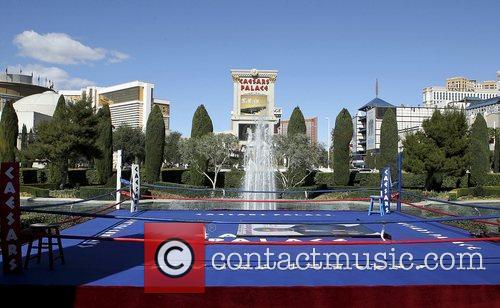 Muhammad Ali - Through The Eyes Of The World Review

Continue reading: Muhammad Ali - Through The Eyes Of The World Review 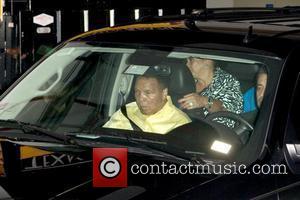