Another sensational Sunday evening from the VMAs.

The 2017 MTV VMAs rocked up this weekend with a number of special surprises, a big political agenda and a big win for Kendrick Lamar. There were some seriously spectacular performances, a few tear-jerking moments, but most of all it was an event of solidarity between everyone involved.

Kendrick Lamar was the big winner of the evening, with the video for his hit single 'Humble' (taken from this year's 'Damn' album) landing him Video of the Year as well as Best Hip Hop, Best Art Direction, Best Direction and Best Visual Effects.

Zayn and Taylor Swift were also awarded Best Collaboration for their song 'I Don't Wanna Live Forever'  from the 'Fifty Shades Darker' movie soundtrack. The latter went on to debut the brand new video for her latest single 'Look What You Made Me Do', though she was not in attendance herself. 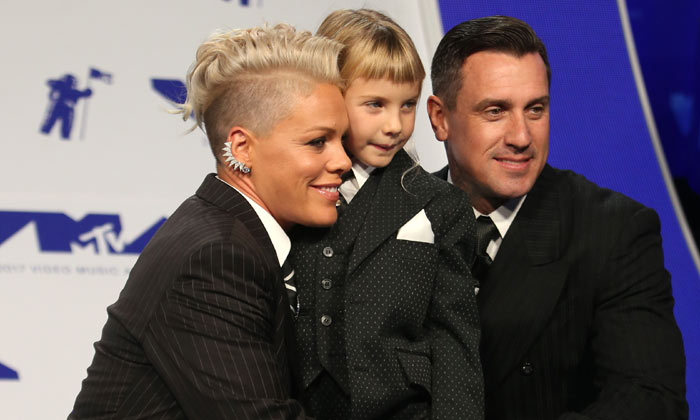 Of course, P!nk was there to perform a medley of hits and accept her Michael Jackson Video Vanguard Award, accompanied by her beautiful  6-year-old daughter Willow Sage and her husband Carey Hart. It was then that she told a story of how she made a PowerPoint presentation full of androgynous rockstars for Willow, who had earlier on said that she thought she looked ugly and 'like a boy'. 'We don't change, we take the gravel in the shell and make a pearl, and we help other people change so they can see more kinds of beauty', the singer told her.

Another touching tribute came with Jared Leto of 30 Seconds To Mars honouring the late Chester Bennington with a tear-jerking speech, and a clip from Linkin Park's 2010 VMA performance. Kesha and Logic also expressed similar sentiments about suicide prevention during their spotlight moments.

It seems the less exciting moments were brought to us by host Katy Perry, who was massively slated after a number of her jokes fell flat during the course of the night. Among them were gags about her pretend 'social media baby' (Ellen DeGeneres' expression was priceless), the 'pilgrim chic' outfits in 'The Handmaid's Tale' and messing about with a fidget spinner.

With all the stuff going on at this year's VMAs, the final prize went to every nominee that was honoured - and that was for Best Fight Against the System. This award was presented by Susan Bro, the mother of Heather Heyer who was murdered in Charlottesville while protesting against the neo-Nazi demonstration. She also announced the Heather Heyer foundation; a charity to help people fight against racism and hatred.