Justin Bieber Secured His Music Comeback At The MTV European Music Awards On Sunday (25oct15) By Picking Up Five Prizes. 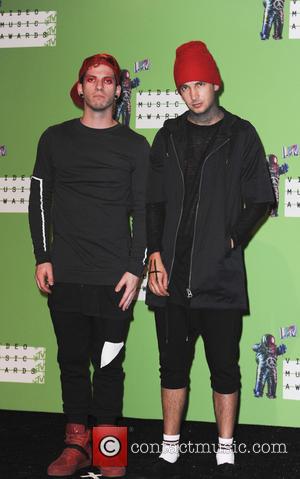 The Baby singer, who revived his music career earlier this year (15), was the first winner of the night, picking up the Best Male trophy for the sixth consecutive time. He continued his winning streak with awards for Biggest Fans, Best Worldwide Act: North America, Best Look and Best Collaboration for his track Where Are U Now with Skrillex and Diplo.

Picking up the collaboration prize, Bieber said, "This has been an OK night for me. First of all I wanted to say Skrillex and Diplo, man, those guys are so talented and really helped me take my music to the next level so I just to say thank you to Skrillex and Diplo.

"Once again, thank you to my mum and dad, my brother and sister, I miss you so much, I just want to give you a big old kiss and a hug. I can never not thank everybody in this audience, and everybody around the world. I'm shaking a little bit because I'm just like, 'This is so awesome!'"

Taylor Swift led the nominations with nine, but only picked up one prize for Best Song (Bad Blood).

Other winners included One Direction, Rihanna, Nicki Minaj and MACklemore & Ryan Lewis who claimed the Best Video award for their Downtown promo, while it was also a big night for the members of veteran pop act Duran Duran, who won the inaugural Video Visionary Award during the ceremony in Milan, Italy.