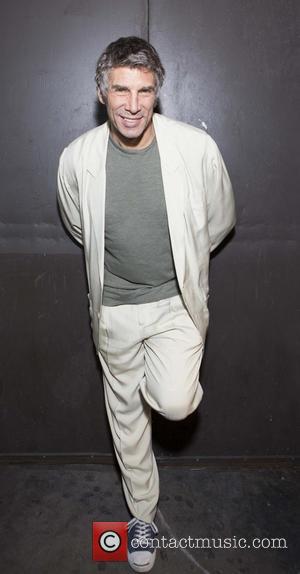 Picture: Original MTV DJ Mark Goodman - National Geographic's "The 80's: The Decade That Made Us" New York Premiere at the Culture Club on 20 West...

Rocker Andrew W.K. is aiming to create a new world record by drumming for 24 hours straight on Wednesday (19Jun13).

The She Is Beautiful hitmaker will be drumming at a kit set up in the Oakley shop in New York City's Times Square and he hopes to make history by setting the record for Longest Drum Session in a Retail Store.

Andrew W.K. admits he's terrified about the undertaking, telling MTV News, "Despite my apparent confidence, inside I am actually a very small, trembling shell of a person, who is not only intimidated, but completely mortified and horrified by the ramifications of this challenge.

"When I signed up for it, I was like, 'Alright, 24 hours of drumming!' and then it started to set in: 24 hours of drumming. Just drumming for an hour - just drumming for 24 seconds - can be quite intense... I can't even play one of my own songs on the drums all the way through without my arms burning. So let it be said, I'm not taking this lightly. I think it will push me to the very lengths of my strengths."

The stunt has been organised to coincide with Mtv's O Music Awards, an online ceremony celebrating the best in digital music. Hanson, Gavin DeGraw, Kate Nash and The Jonas Brothers are also taking part in the inaugural Live Music Day, a 24-hour online-only music festival revolving around the O Music Awards.