London singer songwriter Moya now unleashes kaleidoscopic video for her wonderfully catchy piano-laden single 'Come And Get It' through Four To One Records ahead of the release of her upcoming new EP.

The 22-year-old croons to her reflection in the video as a downcast looking gentleman appears to regret his decision to have not 'gone and got it'. We also get a glimpse of her studio band in technicolor, playing a tune with awesome retro soul and a toe-tapping beat. Moya's full vocal talent is definitely on show here as she warbles the infectious chorus, showing excellent chart potential. On the song's meaning, Moya says, 'It's about manning up. About realising you have something good and manning up to realise the error of your ways, before it's too late.'

Moya made a breakthrough with her Radio 2 A list single 'Making Me Fall' and has since embarked on a UK and Europe tour with the one and only Rod Stewart, who's even asked for her to support him on another run of shows. Having also supported the likes of Blondie, Mick Hucknall, Karima Francis and Andy Burrows, Moya is currently on her first headline tour which she will round off in December 2013. 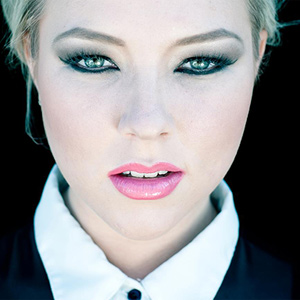