Mott The Hoople - All The Young Dudes Audio Stream 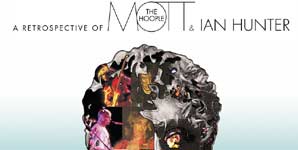 Artist: Mott The Hoople
Song title: All The Young Dudes

Mott The Hoople and Ian Hunter
All The Young Dudes, Roll Away The Stone, Once Bitten Twice Shy
Audio Streams

Mott the Hoople burst on to the glam scene in the late 60's producing a matchless repertoire of music combining homage, honesty and 'all-killer-no-filler' hooks. The band being some of the toughest and most inventive writers of their era, are still cited as a key influence of many of the bands of today. This collection includes many of the bands classic anthems as well as the best of front-man Ian Hunter's solo recordings including three previously unreleased tracks, taken from the "Rant" sessions.

The Journey comprehensively brings together the very best of the early recordings of Mott the Hoople from the late '60s with Island Records, through to their final album as a band 'The Hoople' released in 1974 as well as Hunter's solo recordings. Featuring the UK top 3 single 'All the Young Dudes' (written by David Bowie), 'Roll Away The Stone', 'The Golden Age of Rock 'n' Roll' and 'Foxy Foxy' together with 'Honaloochie Boogie' and 'All the way from Memphis' both featuring Andy McKay of Roxy Music on saxophone.

The Journey will be immaculately presented in a 3 disc deluxe digipack with extensive liner notes from Campbell Devine - author of 'All the Young Dudes: The official biography of Mott the Hoople and Ian Hunter' as well as never before seen photographs of the band which beautifully capture the legacy of the Ian Hunter and Mott the Hoople.

Mott the Hoople and Ian Hunter,... 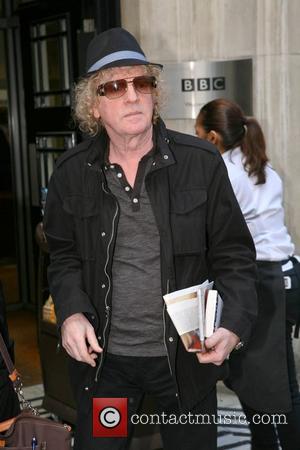 Stars Line Up For Another Sandy Benefit At Chris Noth's Club

Mott the Hoople and Ian Hunter, All The Young Dudes, Roll Away The Stone, Once Bitten Twice Shy, Audio Streams Video