Motorhead Were Forced To Cut Another Show Short On Tuesday (01sep15) After Frontman Lemmy Had Trouble Breathing. 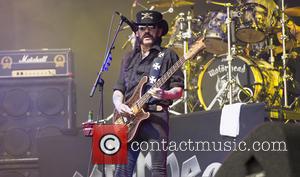 The 69-year-old musician has been suffering from a variety of health issues in recent years, including heart surgery in 2013, a stomach bug, complications from diabetes, and problems with his legs, which cause him to walk with a cane.

The band took to the stage on Tuesday in Austin, Texas, but had to halt the show after just four songs.

The concert drama came days after the group ended another show early on Thursday (27Aug15) in Salt Lake City, Utah and cancelled a gig in Denver, Colorado on Friday (28Aug15).

Their next scheduled show is on Wednesday (02Sep15) in San Antonio, Texas.