Lemmy, Snider And Scorpions To Be Honoured In Las Vegas 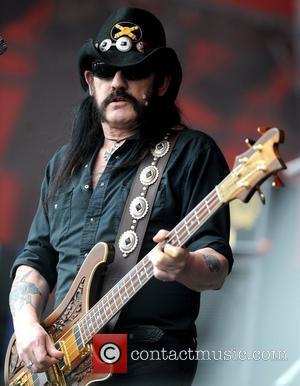 Stars including Motorhead frontman Lemmy, Twisted Sister singer Dee Snider and the Scorpions are set to be honoured at a one-off awards show in Las Vegas.
The rockers will all receive prizes at the Vegas Rocks! Magazine Awards, which will be held next month (Aug10) to celebrate the publication's sixth anniversary.
The event will see Lemmy pick up the Vegas Rocks! Lifetime Legend Award, while the Scorpions will be handed the Rock Group Lifetime Achievement honour. Snider, who is slated to perform at the show, will receive the Rock n' Roll Savior Award.
The prize-giving will take place at the Elvis Showroom at the Las Vegas Hilton resort on 22 August (10), according to Blabbermouth.net.