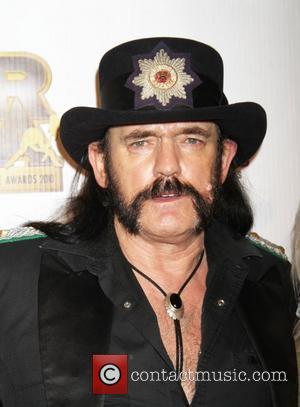 Motorhead drummer Mikkey Dee has paid tribute to the band's former guitarist Michael 'Wurzel' Burston, who died last week (ends10Jul11).
Burston, who joined Motorhead in 1984 and played with the band for 11 years, reportedly died of ventricular fibrillation, caused by cardiomyopathy, better known as heart disease.
Dee has spoken out about the death of his pal and heaped praise on "family member" Burston, who he credits with creating "classic" Motorhead tunes.
He tells Swedish newspaper Expressen, "I called our tour manager, who was very surprised. After that, it (his death) was confirmed by several sources.
"He was wonderful. He wrote lots of f**king great Motorhead riffs. I remember missing that when he was not in the band anymore. I missed the simple, classic Motorhead riffs. We never wrote those after that. They ended with him.
"(He was) more rock and roll than all of us put together. He was wonderful, he was really funny. There was a lot of rock and roll in the old man."