The members of Motley Crue fear they'll never see each other again after disbanding the group after a farewell show in December (15). 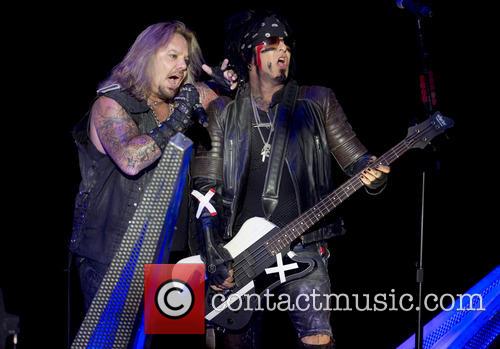 Drummer Tommy Lee recently confessed he was upset he and his former bandmates didn't end on good terms with an official get together at the after-show party, and claimed bassist Nikki Sixx unfollowed him on social media the following day.

Now, in the group's farewell concert film, The End, which hits U.S. cinemas on 14 June (16), it's clear there's no love lost between the rockers.

And Sixx predicts the former bandmates "probably won't see each other" again now they no longer have to work together.

In footage from The End, he states, "We don't hang out now... We go on stage... like motherf**kers. But we don't hang out. We don't go to dinner, we don't go to each other's houses for Christmas. We're not enemies, but we're not friends... I'll probably never see them, except in passing."