Neil: 'We Would Rub Egg Burritos On Our Crotches To Hide Sex Smell' 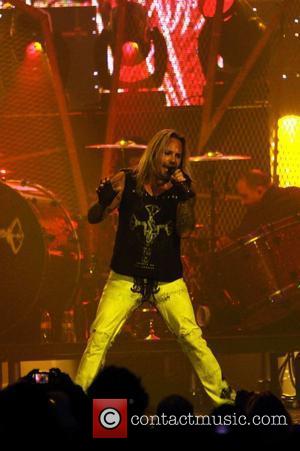 Rockers Motley Crue were labelled "clumsy slobs" by their early girlfriends - because they were always covering up their cheating sex sessions with egg burritos.
Singer Vince Neil reveals he and his bandmates would rub Mexican food on their crotches to mask the smell of intercourse - so their girlfriends wouldn't suspect their boyfriends were cheating on them.
He tells Hustler magazine, "We were always f**king other chicks at the studio and backstage... We would take Tommy's (Lee) van to a restaurant called Noggles to buy these egg burritos and then rub them on our crotches to cover the smell of the girls we had just f**ked.
"So our d**ks smelled of eggs... We would tell our girlfriends, 'Oh, we dropped the burritos in our laps.' The girlfriends thought we were a bunch of clumsy slobs.
"We never thought about going into the restroom and just washing our d**ks."