Stop us if you think that you’ve heard this one before - after pulling the remainder of his US tour, we look at some of Morrissey’s other excuses for cancelling shows.

Earlier this week, former Smiths frontman Morrissey came under fire from fans after cancelling the remaining dates of his North American tour. The 55-year-old left thousands of US fans disappointed after pulling the gigs due to a respitory infection. 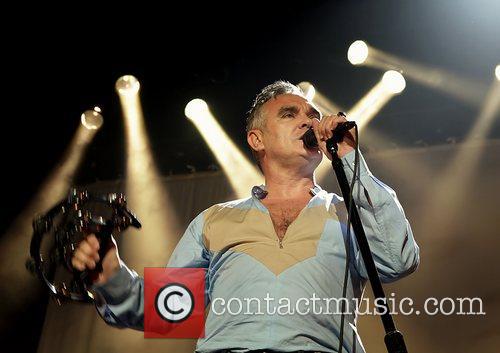 However, fans of the songwriter quickly took to social media sites Twitter and Facebook to point out this is not the first time Morrissey had ‘started something that he couldn't finish,’ having cancelled the same shows in previous years.

With many saying the ‘Still Ill’ singer is proving himself to be the boy who cried wolf, here are some of Morrissey’s most infamous reasons for cancelling shows:

One of Morrissey’s most famous walkouts was at California’s Coachella festival in 2009 - where the passionate animal rights activist left the stage because he could smell ‘burning meat’ from a backstage barbeque.

"I can smell burning flesh ... and I hope to God that it’s human," the singer told the audience before leaving the stage.

The outspoken activist has often courted controversy with his views on animal rights. In 1985, The Smiths released their second album Meat Is Murder - with the title track unsurprisingly referring to the treatment of animals for human consumption. In 2006 the singer also refused to tour Canada in protest against the country’s annual seal hunt and last year he made the entire Staples Centre in Los Angeles go completely vegetarian for his performance, closing down any outlet in the arena that served meat. Most recently the singer recruited fellow animal rights activist Pamela Anderson to star alongside him in the video for ‘Earth Is The Loneliest Planet.’

Morrissey did return to the stage to finish his Coachella set, telling fans: "The smell of burning animals is making me sick. I just couldn't bear it."

Last year the singer cancelled his appearance on US talk show Jimmy Kimmel Live, saying he could not ‘morally be on a television program’ appearing alongside the cast of reality TV show Duck Dynasty. In a statement posted on fan site True To You, the singer said he would have been ‘honoured’ to have played the show had the cast of Duck Dynasty been removed.

Morrissey said: "As far as my reputation is concerned, I can't take the risk of being on a show alongside people who, in effect, amount to animal serial killers. If Jimmy cannot dump Duck Dynasty then we must step away." 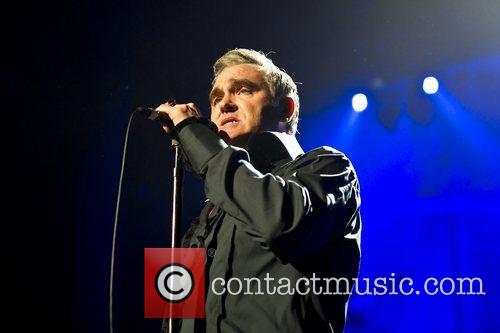 - Bleeding ulser, 2013: ‘Reports of my death have been greatly understated.’

Morrissey’s appearance on the Kimmel show was scheduled to be his first since the singer cancelled a string of dates earlier in the year, having been treated for a bleeding ulcer and other medical issues.

In a statement, again posted to fan site True To You, the singer paid tribute to his fans and made light of his ailments, stating: "The reports of my death have been greatly understated.

"Once admitted to the William Beaumont Hospital at Royal Oak in Michigan, I received treatment for concussion, a bleeding ulcer, and Barrett's oesophagus. The positive from all of this is that there are now no known ailments left for me to try."

In a statement on the singer’s facebook page this week, Morrissey ‘thanked his fans for their compassion, understanding, and well-wishes during this difficult period as he recuperates.’

Morrissey had been on tour to support his upcoming album World Peace is None of Your Business, due for release July 15th.

He is currently recuperating.