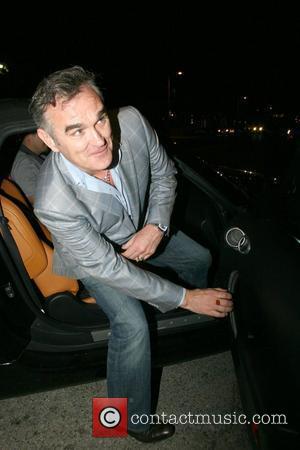 British rocker Morrissey halted his performance at California's Coachella music festival on Friday (17Apr09) to protest against members of the audience who were eating meat.
The former Smiths frontman, a staunch vegetarian, was disgusted by the smell of barbecued meat wafting over the crowd at the Indio, California event.
And halfway through his set, the star stopped mid-song and walked off stage, telling the audience, "I can smell burning flesh and I hope to God it's human."
A few minutes later the star returned and re-started his performance, adding, "The smell of burning animals is making me sick. I just couldn't bear it."