Morrissey has branded crowdfunding a ''desperate measure'' and claims it is ''insulting'' for fans of musicians who ask for money. 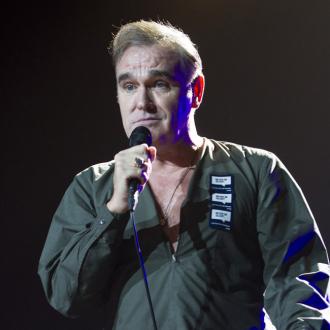 The former Smiths frontman has slammed artists who use the platform to raise money to release music, describing it as ''insulting'' to fans who have already spent cash on albums, merchandise and concert tickets.

He said: ''[Crowdfunding] is a desperate measure, and insulting to your audience.

''We have already provided sufficient amounts of money. What is the next thing you're going to ask? Brush our teeth?''

The 55-year-old musician made the comments amid his struggle to find a record label, after he revealed last August he had been dropped by Harvest Records, and admitted he has not had any luck with finding a new company to release his music through.

He explained: ''I recently contacted some labels and all have rejected me.

''Pop music lives in the era of marketing which just leads to people with very low levels of competition, it is much easier to get rid of them once six months of fame have evaporated.''

The star - who released his 11th solo record 'World Peace Is None Of Your Business' last year - added he isn't bothered about people who criticise him or his views, saying they should continue to do so if it brings them joy.

He told El Pais newspaper: ''Many people enjoy writing negative things about me. Which is fine with me. Let them if it makes them happy.''